weatherTAP > Blog > Winter Snowstorm Makes Its Way Across the South 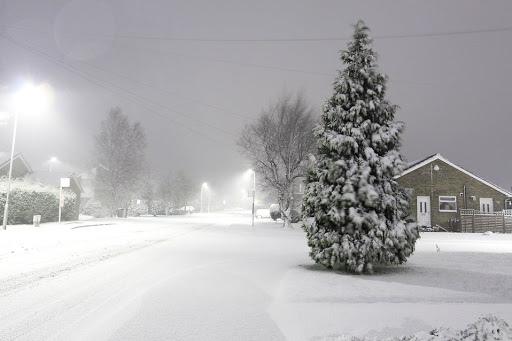 A winter storm across the south has brought snow to parts of Louisiana, Texas and Mississippi and has now moved into Alabama and Tennessee. The winter weather has forced some school and government office closures. The storm has left nearly 155,000 customers without power across this afternoon as the snowstorm continues to move throughout the South.

Snowfall totals in areas of East and Northeast Texas, including Lamesa which received 9 inches of snowfall, and poor visibility due to fog. The central part of the state received around 4.4 inches of snow near Waco. Breaking the record for the most snow within 24 hours in the area since 1982. The system later moved into Louisiana and Mississippi during the night, with Louisiana State Police warning people in an online video to stay off the roads if possible.

Parts of Louisiana received up to 8 inches of snow whereas communities further south in Louisiana, like Baton Rouge and New Orleans, missed the snow, but got rain or sleet. The Louisiana Department of Transportation and Development has encouraged people to travel only if absolutely necessary. Crews have been salting roadways. More than 100,000 customers in Texas and over 45,000 customers in Louisiana were without power early Monday morning, according to poweroutage.us, a utility tracking website. Several school districts were closed, delayed or scheduled for only virtual learning in Mississippi and southern Arkansas, news outlets reported. The National Weather Service in Jackson said 2 to 4 inches of snow were expected for areas including Vicksburg and Yazoo City, with locally heavier amounts possible. 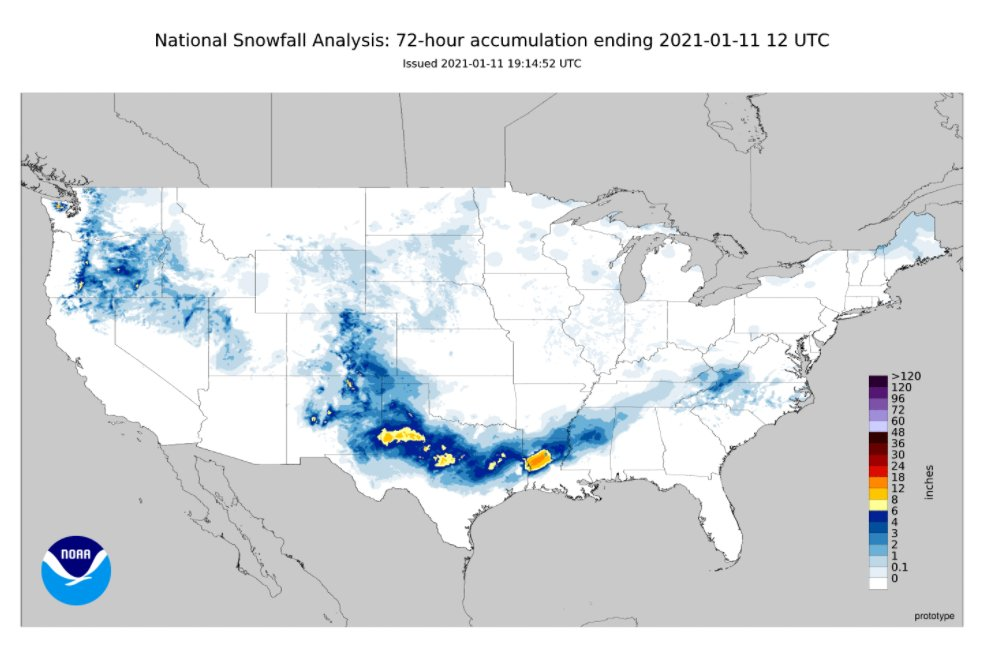 Central Mississippi reported several inches. About 400,000 Mississippians have been under winter weather advisories into Monday evening as Jackson-Medgar Wiley Evers International Airport reports 1.2 inches of snow and areas of central Mississippi receiving up to 5" of snow, with the highest total at 6.5 inches in Winston County. By Monday morning, a light dusting covered grassy and elevated surfaces across northern Alabama and southern Tennessee as the storm moved further North East. The snow will change to a mix over East Tennessee and Appalachians through Monday, with rain for the rest of the South as the system pushes into the Atlantic through Tuesday. 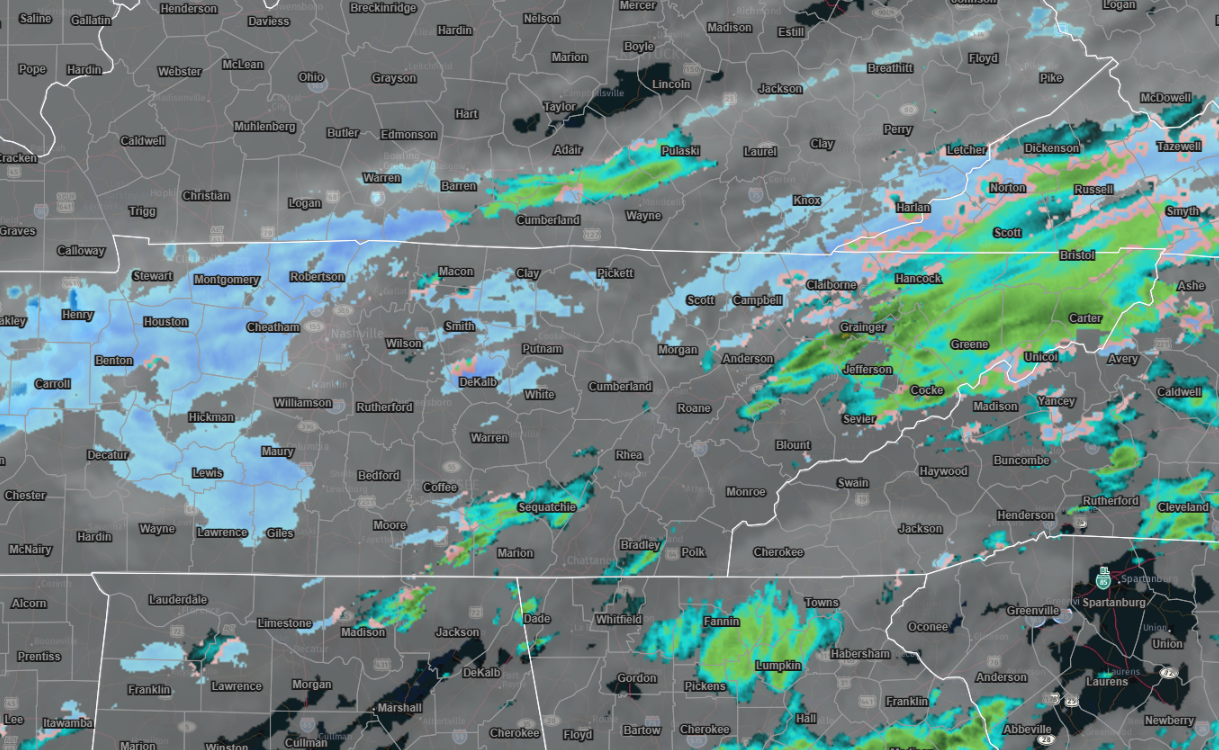 Winter weather is upon us! Subscribe to weatherTAP.com to monitor the storms. No credit card information required for a two week free trial.

Two brothers who didn't know the other existed were reunited thanks to a local weather report.

The city of Nashville is recovering from a deadly flood caused by heavy rains that prompted hundreds of rescues and killed at least four people. Emergency crews conducted hundreds of water rescues as people were trapped in the homes and their vehicles during extreme flooding in Middle Tennessee.