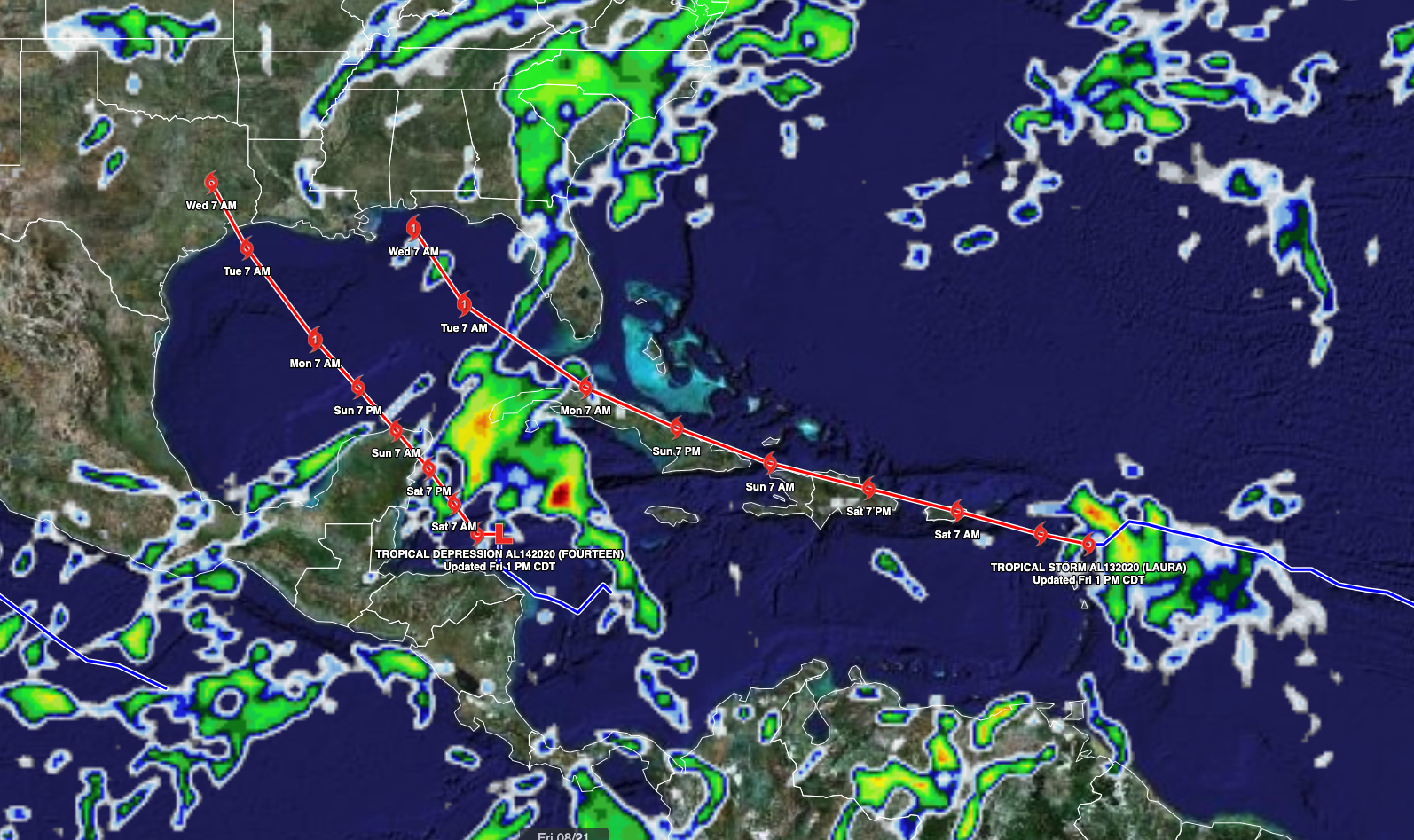 Two tropical systems are heading toward the Gulf of Mexico, and both of them may form into hurricanes before reaching the U.S. mainland early next week.

One storm is currently projected to make landfall near the Texas-Louisiana border with the other reaching the Florida Panhandle. Both systems are expected to form into hurricanes in the Gulf of Mexico by Monday or Tuesday. Should the storms continue to develop, it would be the first time on record that the Gulf of Mexico has two hurricanes at the same time. Currently the storm systems are hundreds of miles away from each other but their projected paths run parallel to each other partially intersecting. Their landfalls are expected to be within hours of each other. However, it has not yet been determined that both storms will make landfall as hurricanes, or if their paths will diverge. 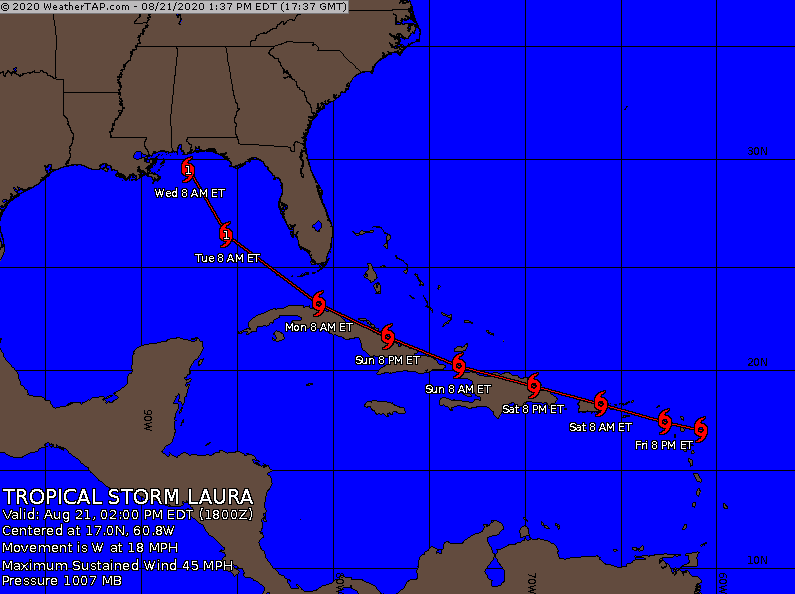 On Friday, Tropical Depression 12 strengthened into Tropical Storm Laura, with its direct path moving west towards the florida panhandle. Laura is forecast to develop into a Category 1 hurricane off Florida’s west coast next week and is projected to make landfall next wednesday. Currently, Tropical Storm Laura is approximately 175 miles east-southeast of the northern Leeward Islands, moving west at 18 mph. The system has maximum sustained winds of 45 mph. 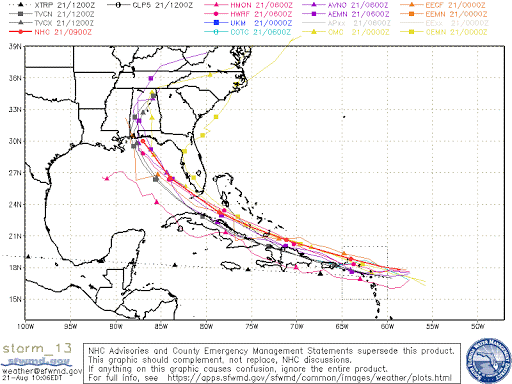 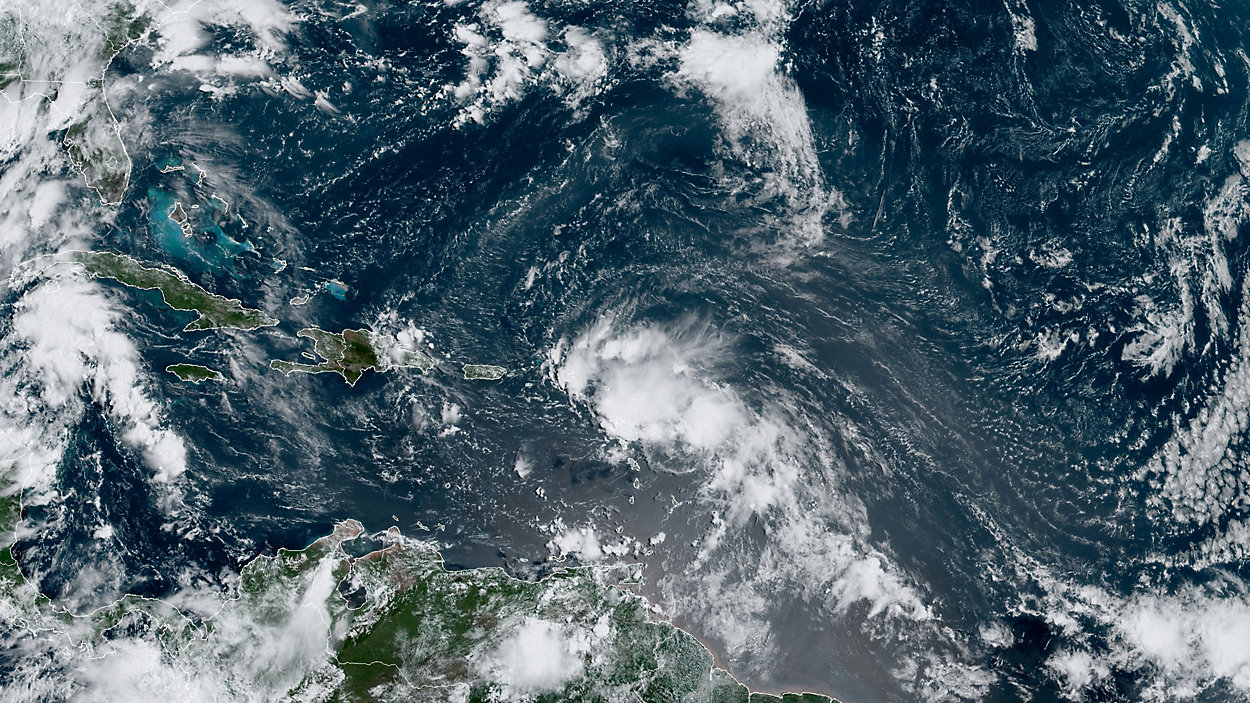 The heavy rainfall could lead to flash floods and mudslides with minor river flooding in Puerto Rico. 1 to 3 inches of rain with isolated maximum totals of 5 inches are expected over the remainder of Haiti, the northern Leeward Islands, the Turks and Caicos and southeast Bahamas. Meanwhile, Tropical Depression 14 is approximately 165 miles east of Isla Roatan, Honduras, with sustained winds of 35 mph. The storm is currently moving northwest at 14 mph on a projected path toward Houston, where it could make landfall as a tropical storm after becoming a Category 1 hurricane. 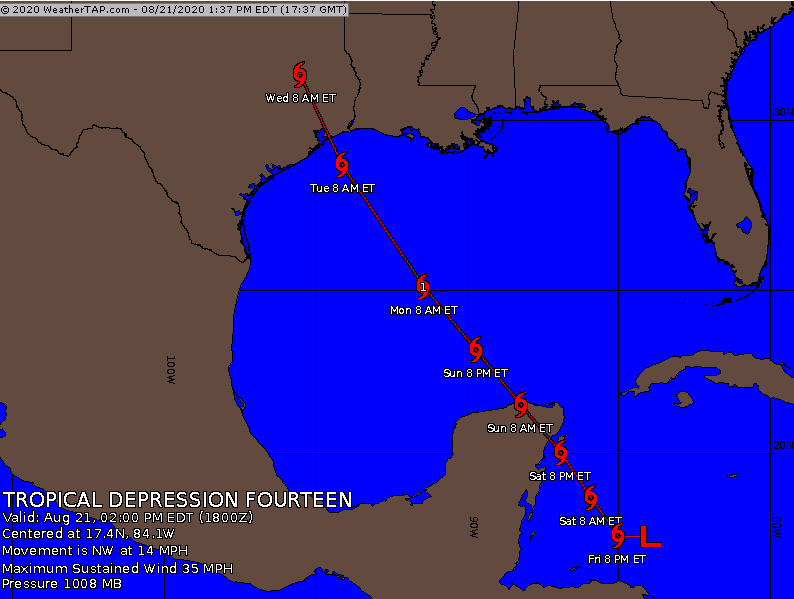 Tropical Depression 14 will become Tropical Storm Marco if the storm continues to develop. Marco is expected to be the first of the two storms to arrive in the United States, with it’s projected landfall arriving in Houston on Tuesday Morning. Although the system is predicted to become a hurricane in the Gulf of Mexico, the National Hurricane Center expects the storm to weaken before hitting the Texas coast. The system has already triggered a hurricane watch for Cancun and other parts of Mexico's southeastern coast. The 2020 Atlantic hurricane season is setting records with named storms forming at a pace never seen before. Monitor the storms with us at weatherTAP.com! Start your free trial today. No credit card information required at sign-up.

Remnants of a Pacific tropical storm may reform in the Gulf of Mexico within the next few days. Today June first, marks the beginning of hurricane season which will run until November 30th.