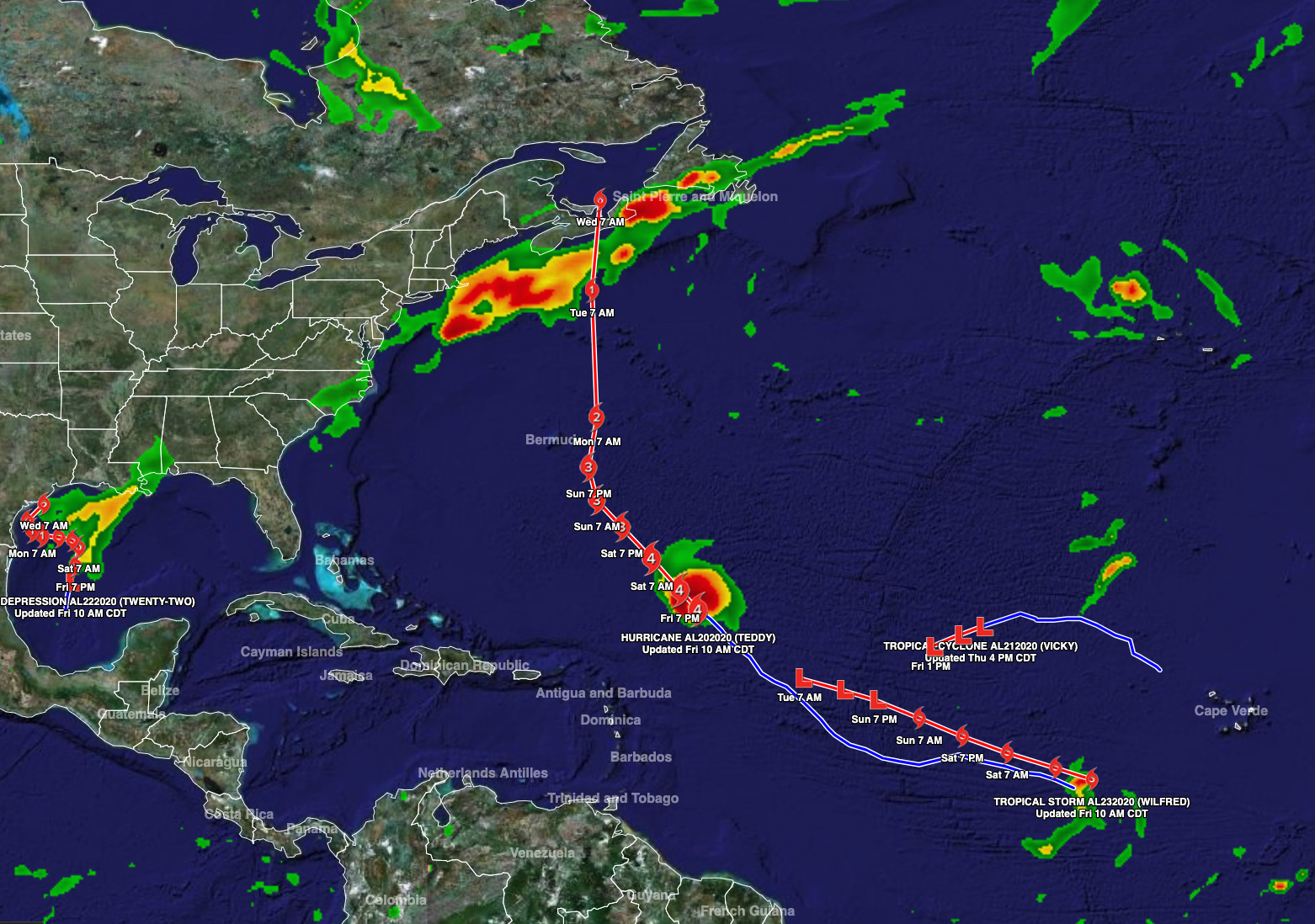 Tropical Storm Wilfred has become a record breaking storm upon formation as we have now run through all the names of the Atlantic hurricane season. The only time previously on record that the Greek alphabet was used was in 2005 when 28 named storms formed. That was during the deadly 2005 season with 28 named storms, including Katrina, Rita and Wilma. The 2005 hurricane season ended with storms Alpha, Beta, Gamma, Delta, Epsilon and Zeta, which formed Dec. 30 and lasted until Jan. 6, of 2006.

There are 21 names on the six-year rotating list of storm names. The names end with the letter W and exclude Q, U, X, Y and Z. With over two months remaining in the hurricane season, which lasts through Nov. 30, it is likely the Greek alphabet will once again be used. After Wilfred, the names will be Alpha, followed by Beta, Gamma and so on.

Here is the full list of Greek alphabet names that could be used in 2020:

The newly-named Wilfred is currently around 630 miles west-southwest of the Cabo Verde Islands (not Tropical Depression 22, which is in the Gulf of Mexico.) Wilfred was named after gaining 40 mph sustained winds. It is moving west-northwest at 17 mph. It's not expected to last long as a tropical storm and should be downgraded to a depression by early next week. 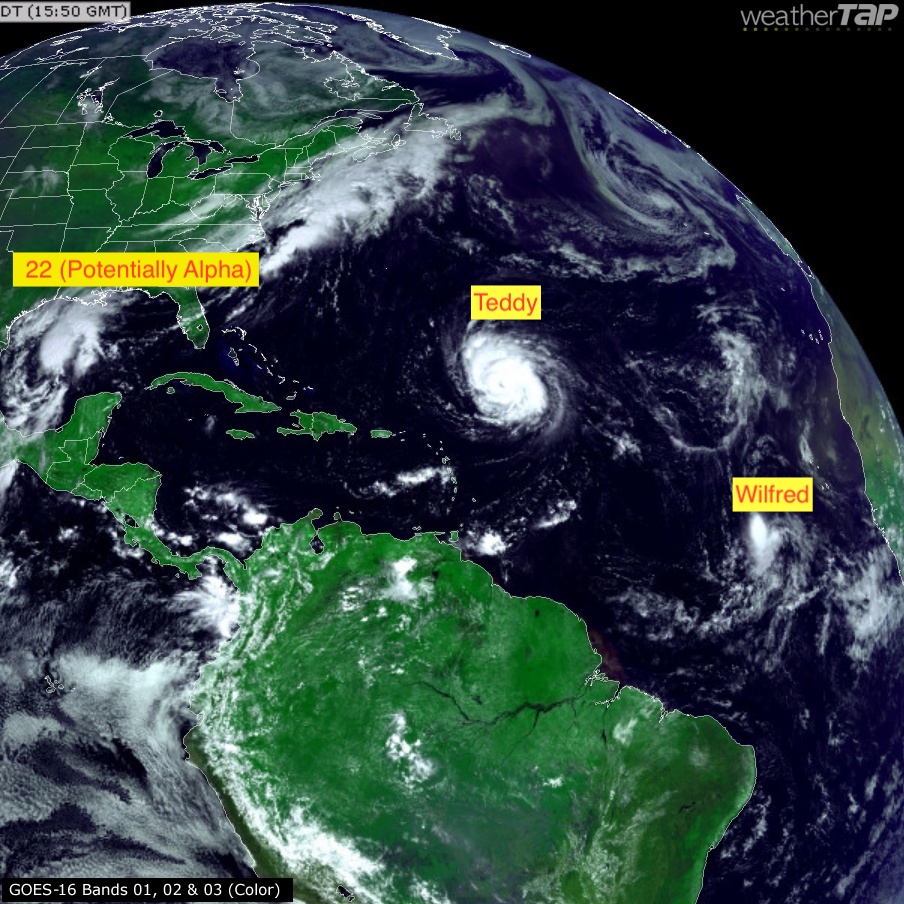 As of early this morning, Tropical Depression 22 was approximately 270 miles southeast of the mouth of the Rio Grande River with 35 mph winds and traveling north-northeast at 6 mph. The National Hurricane Center warns that the depression's ultimate path is difficult to forecast because of its slow forward momentum, and cautioned not to focus on the exact forecast track at this point. The NHC states that “Small fluctuations in the depression's heading or speed could have very large implications on any hazards experienced along the Mexico or Texas coasts,"

NHC faced a similar circumstance with Hurricane Sally, which moved sporadically in weak steering currents until Wednesday slamming into the Gulf Coast with devastating storm surge and heavy rain.

Tropical Depression 22 is expected to become a weak Category 1 hurricane and later weaken back to a tropical storm before landfall.

There are multiple other areas in the Atlantic the NHC is watching for development. The other system with growth potential is in the far eastern Gulf of Mexico and has a 60 percent chance of development over five days. A wave coming off the coast of Africa has a 20 percent. 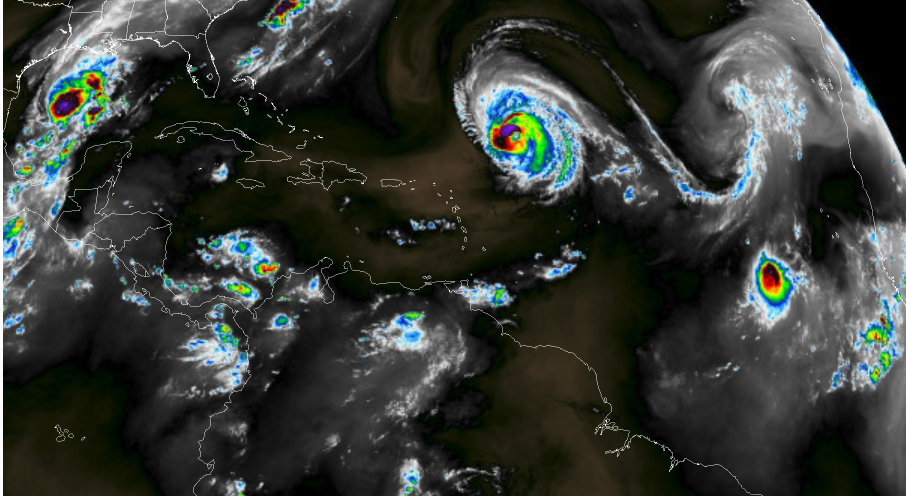 This hurricane season has been particularly active. Stay safe and monitor the storms with us at weatherTAP.com. No credit card information required at sign-up for a free trial.