Forecasters are closely monitoring Tropical storm Douglas in the Eastern Pacific as it is expected to strengthen to a hurricane in the coming hours, moving through an area with low wind shear, high amounts of moisture and high sea surface temperatures.

Monday Night, Hurricane Douglas was approximately 2,200 miles southeast of Hilo, moving west-southwest at 14 mph, according to the National Hurricane Center. Over the last 24 hours the storm has continued to travel NorthWest over Tuesday,.

Douglas is likely to become the first Eastern Pacific hurricane of 2020. However, only four other years have a storm formed after July 16th putting Douglas in the running of top five latest-forming first hurricanes for that basin since the satellite era. 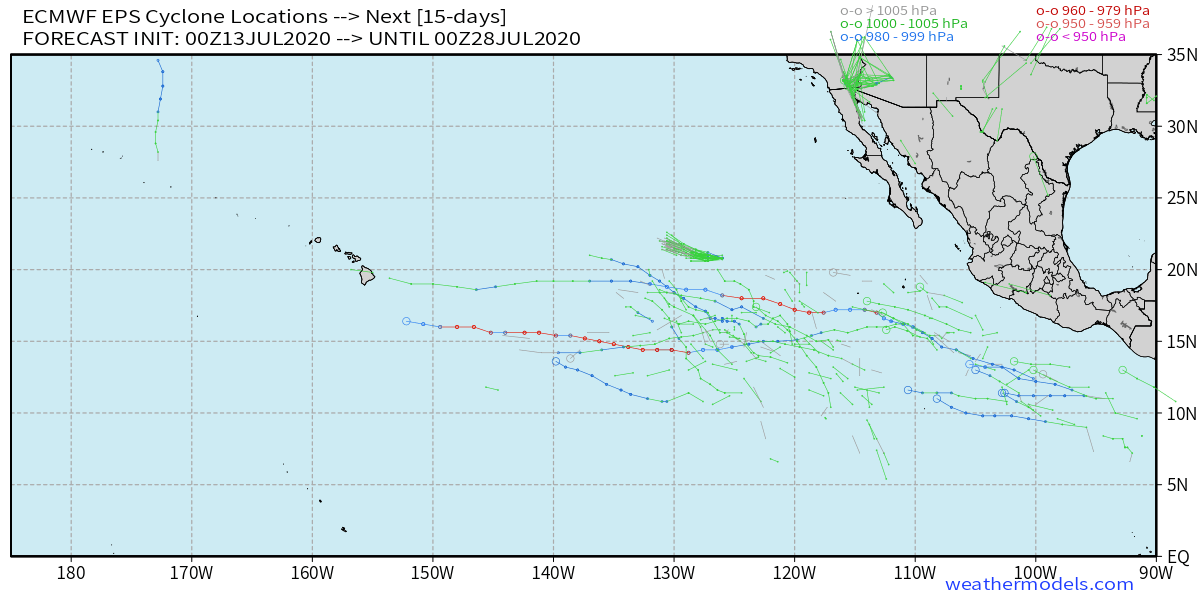 Over the weekend, Douglas is predicted to weaken as the storm moves closer to the Hawaiian Islands encountering drier air and cooler sea-surface temperatures. Hawaii is likely to see high surf from Douglas by Saturday as the storm or its remnants, could bring rain and wind impacts this weekend or early next week.

More details are expected to come out shortly as the storm makes its way towards Hawaii. Monitor the storms with us at weathertap.com! No credit card information required at sign-up.