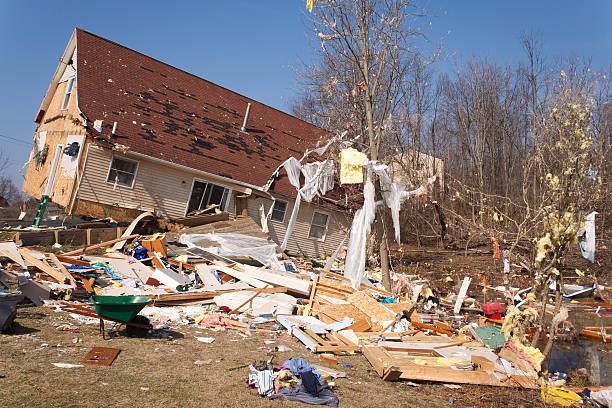 A tornado that tore through Naperville Sunday night injured five people, displaced 10 and destroyed at least 16 homes. Currently, at least 125 damage reports have been filed and that is in just one of three suburban communities hit by an EF-2 tornado — a ranking on the Enhanced Fujita scale, which goes from zero to five. An EF-2, should it be confirmed later Monday, would mean that the tornado reached wind speeds of up to 111 to 135 mph. The National Weather Service, states that the tornado was a single funnel cloud that touched down multiple times in Naperville, Woodridge and Darien. 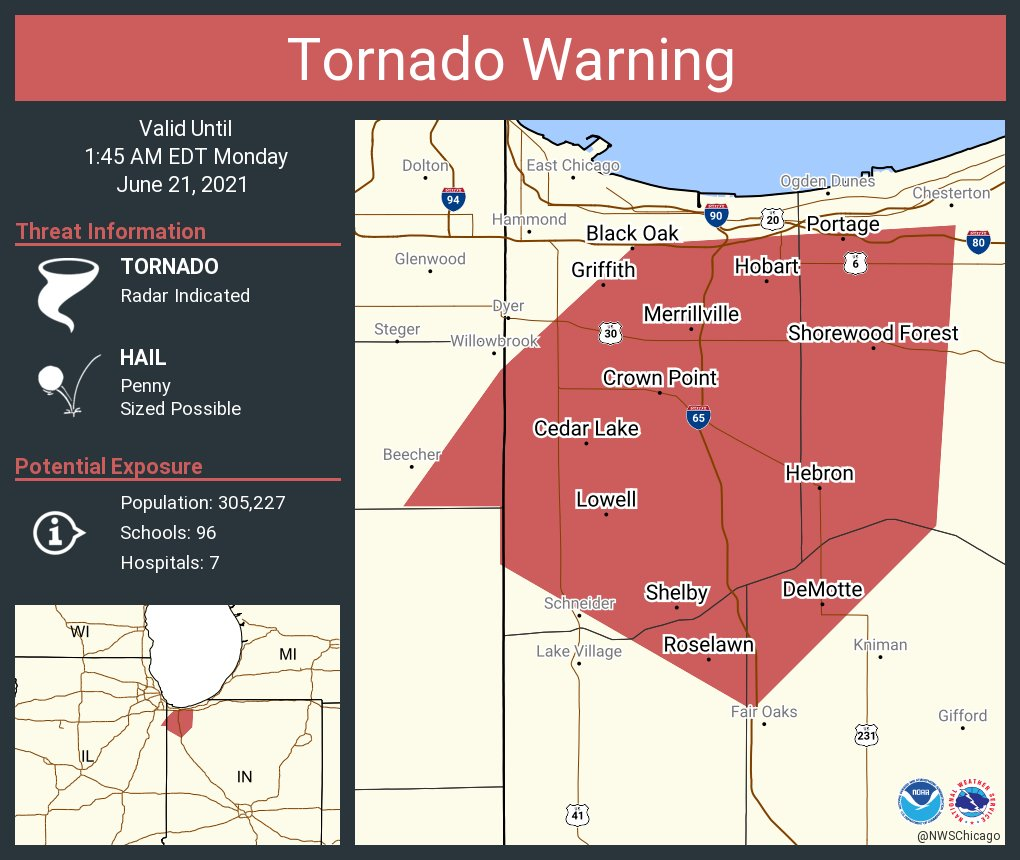 Residents of the 1800 block of Princeton Circle in Naperville, where a home was demolished, said a woman had to be pulled from the rubble where her home had stood, and suggested she was the person who had been critically injured. Large trees were upended or broken, many falling onto the roofs of homes and subdivisions. 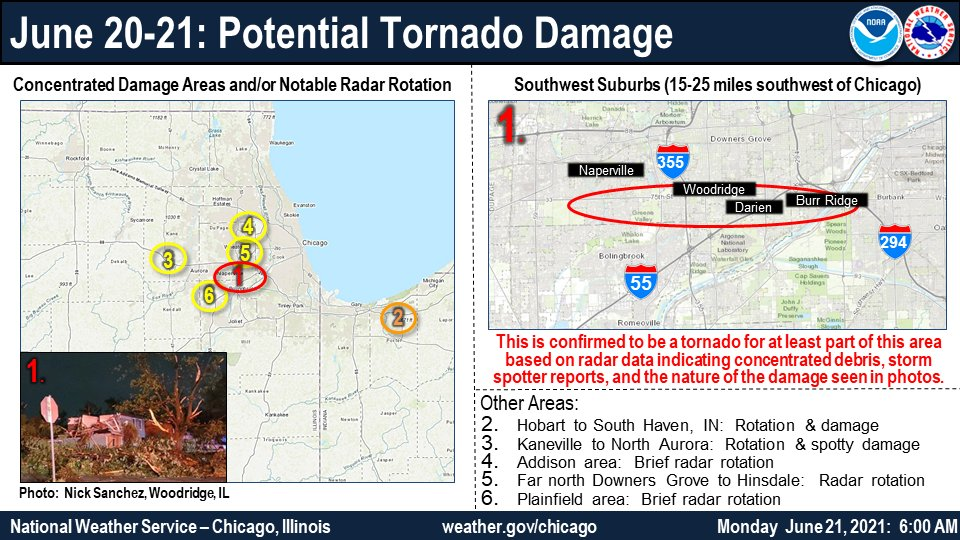 The tornado was confirmed more quickly than usual because multiple residents and weather spotters reported seeing the funnel cloud touching down as frequent lightning strikes were seen in the sky between 11 p.m. Sunday and midnight. Small pieces of debris were also spotted with tree limbs or small bits of household goods such as paper, lifted above 10,000 feet which is a sign the tornado was incredibly powerful, as it is rare that debris would be launched so high into the atmosphere.

As of Monday, officials have urged caution asking people to stay out of the area due to the risk of danger posed by downed power lines and debris. For updates on your specific community, it is encouraged to look for the NWS for updates on social media for information as to which areas to avoid at this time.

Stay ahead of the storms with us at weatherTAP.com, no ads just weather information when you need it most. Track the storms right to your door risk free with no credit-card information required at sign-up for a free trial.

Echo tops is a radar product offered by weatherTAP that gives you some valuable information on a storm's vertical development. Here's how they work!