weatherTAP > Blog > There Are Two Retired Names Left off the List of Storms for the 2022 Hurricane Season, "Matthew" and "Otto".

There Are Two Retired Names Left off the List of Storms for the 2022 Hurricane Season, "Matthew" and "Otto".

We are just weeks away from the official start to the Atlantic Hurricane Season on June 1st. Early forecasts indicate a more active season with up to 19 named storms according to the Colorado Meteorology Project team.

This year’s names will be the same as the 2016 season except for two names, Matthew and Otto. The World Meteorological Organization retired them because of their significant impacts.

Hurricane Matthew was the most powerful storm of the 2016 Atlantic Season. Matthew brought catastrophic damage and a humanitarian crisis to Haiti. The nation was recovering from the 7.0 magnitude earthquake on January 12, 2010, so Matthew was devastating to the areas trying to rebuild. It was the strongest hurricane (Category 4) to hit the country since 1964! 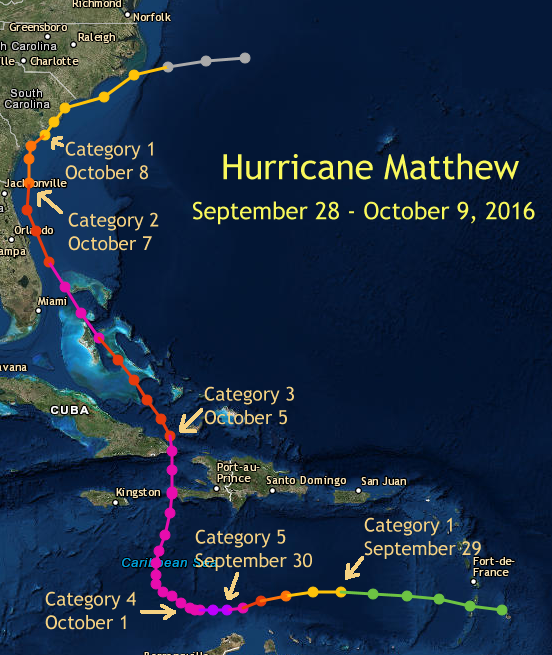 As the hurricane moved across Cuba and then hugged the east coast of the United States before making its last and final landfall in South Carolina. Heavy rain and high winds were recorded along the coast where about 120,000 trees were lost on Hilton Head Island. The hurricane caused 603 deaths, most of which were in Haiti. 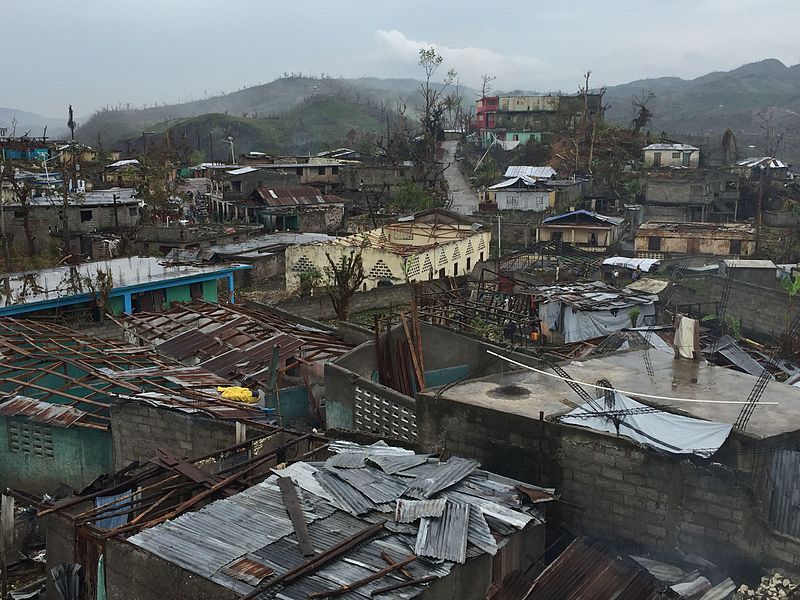 Matthew peaked as a Category 5 hurricane with a top wind speed of 165 mph before making landfall. It formed on September 28th and dissipated on October 10th.

Hurricane Otto was unique at the very beginning because it formed very late into the season on November 20th and intensified to a Category 3 hurricane a few days later. Otto made landfall in Nicaragua at peak intensity of November 24th, thus becoming the latest hurricane to make landfall in the Atlantic basin since 1851 when records began.

Otto was the first tropical cyclone since 1996 to survive the crossover from the Atlantic Ocean to the Pacific Ocean. Otto's unusually southern formation in the Caribbean Sea led to impacts in countries rarely affected by tropical cyclones. Panama and Costa Rica suffered extensive damage to their power and water systems along with affecting the agriculture industry and creating life-threatening flooding and landslides.

23 lives were lost and some areas received up to a month’s worth of rain in 24 hours. The total economic loss from the hurricane was around $190 million.

Why do we name tropical systems?

For Atlantic hurricanes, there is a list of names created and then repeated every 6 years. The only exception is if a storm is so deadly or costly that the future use of its name on a different storm would be inappropriate or sensitive.

This season looks to be active with La Nina still going strong and we could get through more than half of the 2020 Hurricane names: Alex, Bonnie, Colin, Danielle, Earl, Fiona, Gaston, Hermine, Ian, Julia, Karl, Lisa, Martin, Nicole, Owen, Paula, Richard, Shary, Tobias, Virginie and Walter.

Three people have died when they took refuge under a tree during storm in Washington D.C.

Three people have died when they took shelter under a tree during a severe storm in Washington D.C.