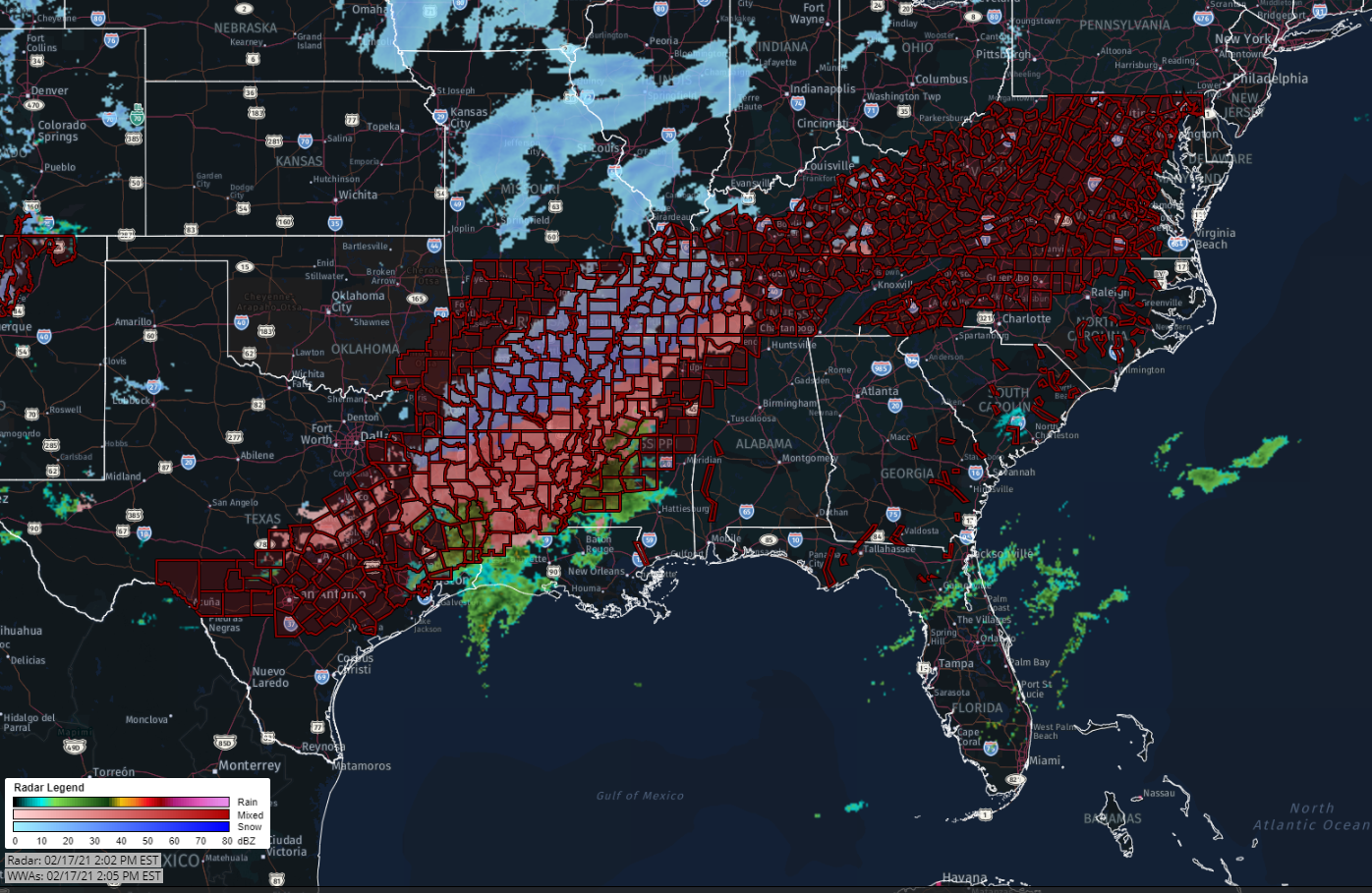 ﻿Millions in Texas remain without power as more ice and snow is forecast across the state and other parts of the South. Texas Gov. Greg Abbott told NBC Dallas-Fort Worth on Tuesday, "All leaders in the state of Texas are working around the clock to get that power restored,"'. That same day, he called for an investigation of the electrical grid operator over the outages. "The Electric Reliability Council of Texas has been anything but reliable over the past 48 hours," he said in a statement. "Far too many Texans are without power and heat for their homes as our state faces freezing temperatures and severe winter weather. This is unacceptable." In the Houston region Tuesday, about 1.3 million customers were without power, and a "large segment" of them had been without service since Monday morning, Houston Mayor Sylvester Turner said. 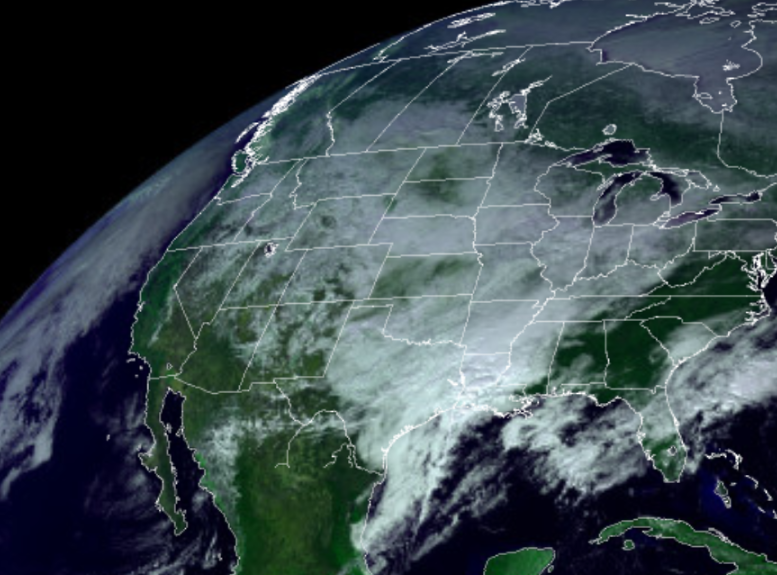 Turner called on the body that oversees the state electric grid, and providers and distributors to act with speed, especially for seniors or those with children. "They need their power restored — quite frankly, yesterday," Turner said. "No one imagined that more than 24 hours people would still be without power. At the coldest point in 30 years, no one would have imagined." Electric Reliability Council of Texas, which oversees about 90 percent of Texas’ energy production, said on Tuesday evening that it was working on restoring power as soon as possible. ERCOT's CEO Bill Magness described the amount of time people in Texas have had to be without electricity during the extreme cold as "terrible" and "unacceptable" in a Tuesday press conference. 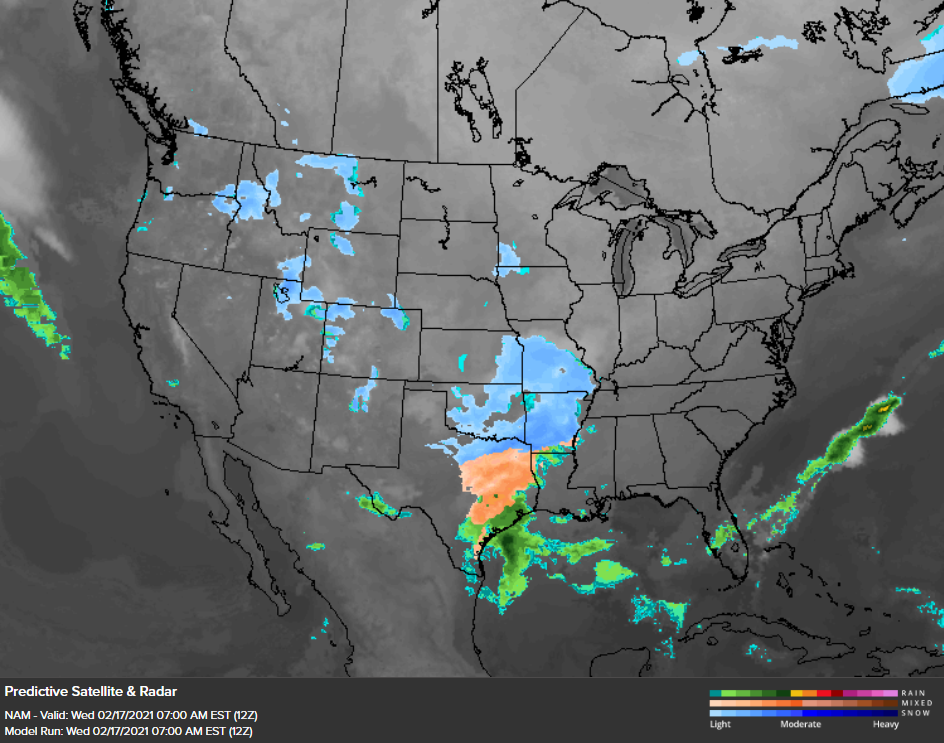 Tweets from ERCOT said it had directed utilities to restore 600,000 households Tuesday night, but confirmed that millions of households were still without power. "We know this is hard. We continue to work as quickly and safely as possible to restore power," said a tweet from the utility. "We hope to reduce outages over the course of the day."

In Galveston, below freezing temperatures over the last two days caused water line breaks in homes and businesses throughout the city, prompting authorities to urge residents to limit their water use.

Plans have had to shift for residents and visitors as the storm has forced thousands of flights to be canceled and vaccination sites to revise schedules throughout the week. Wednesday's NBA game between Detroit Pistons and Dallas Mavericks in Dallas has been postponed. The city was under a winter storm warning again and can expect 2 to 5 inches of snow and ice to accumulate through Wednesday. 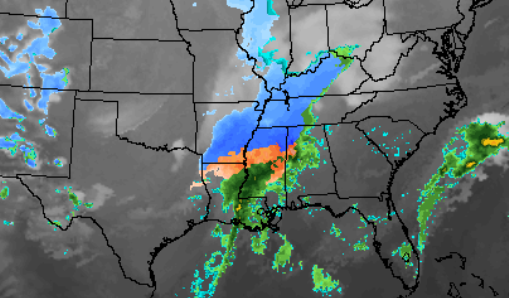 The storm is expected to spread snow and ice through the lower Mississippi Valley, the Tennessee Valley and the Ohio Valley through Wednesday night. Tuesday, winter weather advisories or warnings covered most of Texas and Oklahoma, all of Arkansas, and most of Louisiana and Mississippi. Watches extended farther northeast. It was -20 degrees in Fayetteville, Arkansas, Tuesday morning, the National Weather Service said. It was only 20 degrees in Baton Rogue, Louisiana. In Memphis, it measured 1 degree shortly before 7 a.m. Tuesday. The service said cold air will remain entrenched across a large swath of the U.S., with another round of snow and ice expected to hit the Southern Plains, mid-south, mid-Atlantic and northeast this week. Severe winter weather across large parts of the country has prompted a warning from the Centers For Disease Control and Prevention late Tuesday of "widespread delays" in Covid-19 vaccine shipments over the next few days, especially out of the FedEx facility in Memphis and UPS facility in Louisville, which serve as vaccine shipping hubs for multiple states.

As of Thursday, winter weather has played a role in at least 30 deaths across the country, officials said. Many of those deaths have been in Texas. Six people were killed in a pileup on an icy Fort Worth highway Thursday, and a woman and child died of suspected carbon monoxide poisoning in Houston on Tuesday. Officials said it appeared a car was running in an attached garage for heat because the power was out. Four others died of carbon monoxide poisoning in Clackamas County, Oregon over the holiday weekend, according to the sheriff's office, as the state also experienced power outages.

Officials pleaded with the public to be careful using gas-powered generators, remind them to never use them inside and to avoid using ranges or ovens to keep warm or idling cars inside garages for heat even if the door is open. "It doesn't take much, and a little bit can begin to be lethal," Houston Fire Chief Samuel Pena said.

Stay safe and monitor the storms with us at weatherTAP.com. No credit card information at sign-up for a free trial.

Contrasting Temperatures Brew Between the East and the West This Week

Due to a dip in the Jet stream this week, temperatures will contrast between the East and the West. Bringing elevated fire risk to some and heavy rain to others.