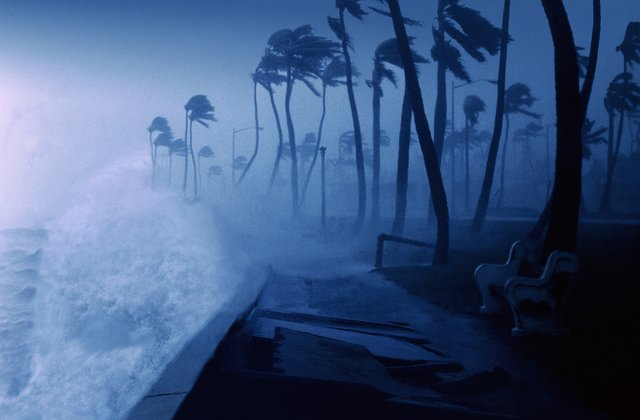 After the historic tropical storm production of 2020, meteorologists predict that 2021 could bring another overly productive hurricane season. Starting this year, NOAA’s Climate Prediction Center (CPC) will use 1991-2020 as the new 30-year period of record for hurricane predictions. The updated averages for the Atlantic hurricane season have increased with 14 named storms and 7 hurricanes. The average for major hurricanes (Category 3, 4 or 5) remains unchanged at 3. The previous Atlantic storm averages, based on the period from 1981 to 2010, included 12 named storms, 6 hurricanes, and 3 major hurricanes. NOAA is updating the set of statistics used to determine when hurricane seasons are above-, near-, or below-average relative to the climate record. This update process occurs once every decade.

“This update allows our meteorologists to make forecasts for the hurricane season with the most relevant climate statistics taken into consideration,” said Michael Farrar, director of NOAA’s National Centers for Environmental Prediction. “Our work illustrates the value of NOAA’s investments in next-generation technologies to capture the data that underpins our outlooks and other forecast products. These products are essential to providing the public and local emergency managers with advance information to prepare for storms, and achieving NOAA’s mission of protecting life and property.” 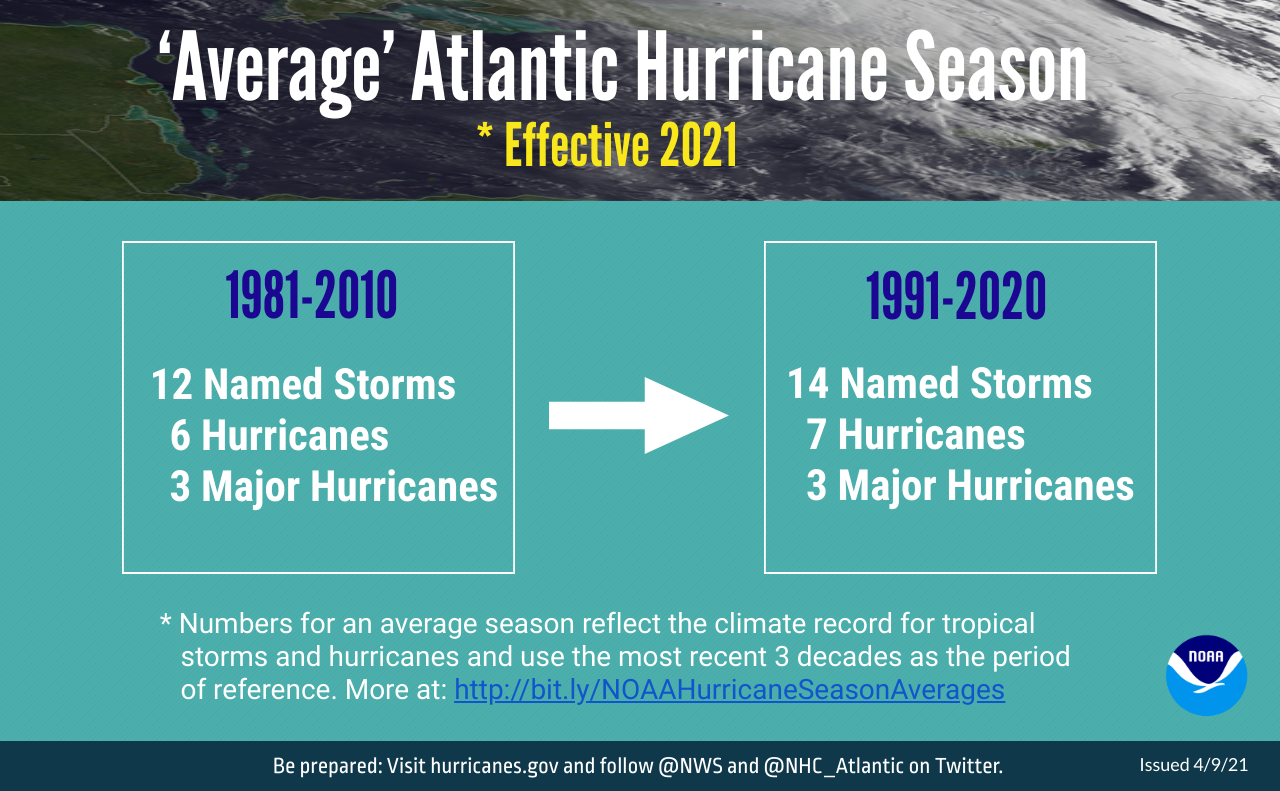 The increase in the averages may be attributed to the overall improvement in observing platforms, including NOAA’s fleet of next-generation environmental satellites and continued hurricane reconnaissance. It may also be due to the warming ocean and atmosphere which are influenced by climate change. The update also reflects a very busy period over the last 30 years, which includes many years of a positive Atlantic Multi-decadal Oscillation, which can increase Atlantic hurricane activity.

“These updated averages better reflect our collective experience of the past 10 years, which included some very active hurricane seasons,” said Matt Rosencrans, seasonal hurricane forecaster at NOAA’s Climate Prediction Center. “NOAA scientists have evaluated the impacts of climate change on tropical cyclones and determined that it can influence storm intensity. Further research is needed to better understand and attribute the impacts of anthropogenic forcings and natural variability on tropical storm activity.”

NOAA will issue its initial seasonal outlook for the 2021 hurricane season in late May. The Atlantic hurricane season officially runs from June 1 through November 30. Stay prepared for an active storm season with weatherTAP.com! Use the promo code APRIL2021 for 10% on a free trial until May 1st of 2021 or sign up for a free trial. No risk and no credit card information required.