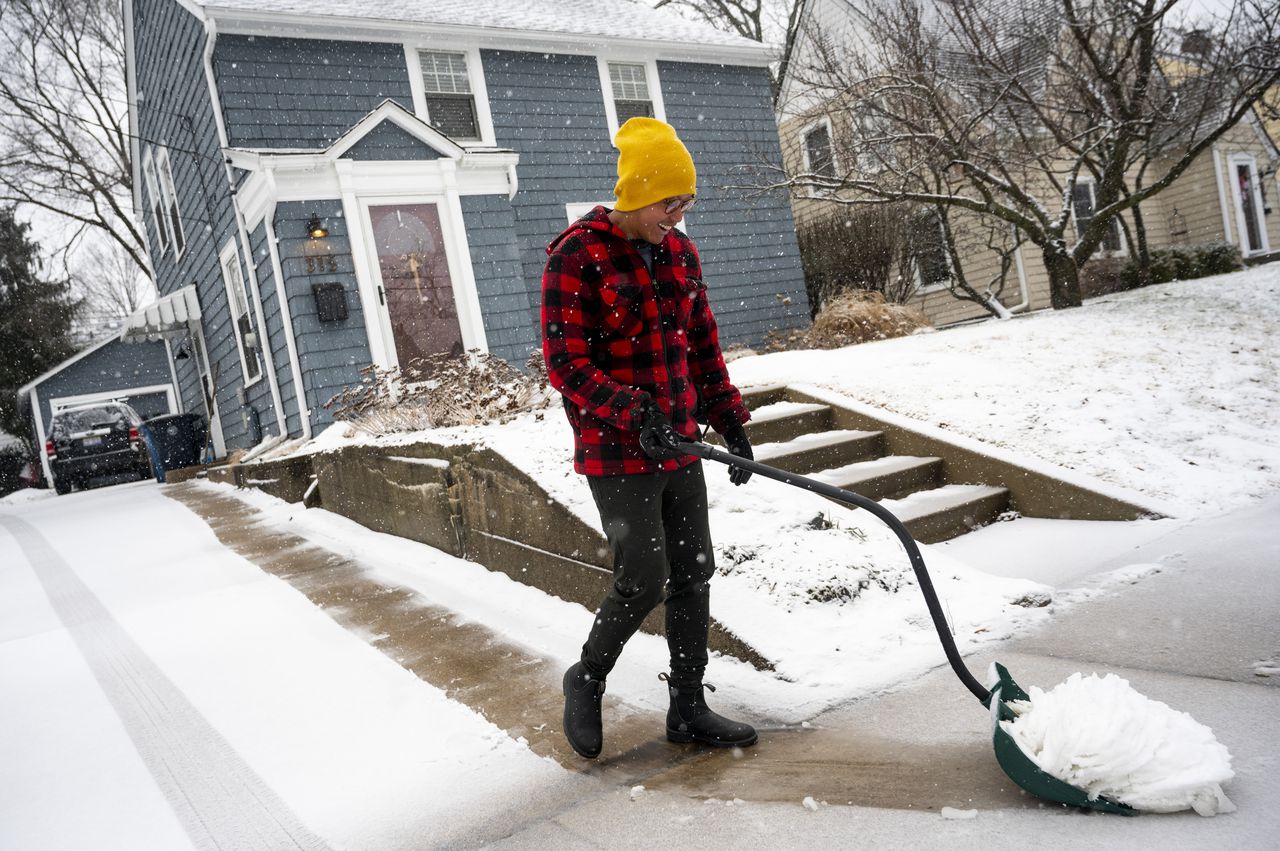 The first, named Winter Storm Nancy by The Weather Channel, The first system has triggered widespread winter weather alerts from the National Weather Service (NWS) across the Dakotas and The Great Lakes, extending to several upper-Midwest states. The weather channel has dubbed the storm Winter Storm Nancy. Nancy is expected to send temperatures plummeting by up to 30 degrees and will deposit several inches of snow across the Midwest and Northeast. Forecasters are currently predicting around 6 inches of snowfall from portions of the Dakotas into much of Minnesota, northern and central Wisconsin, northern Michigan and far northern Maine. Locally a foot or more of snow is possible in some areas. Some accumulations of freezing rain and/or sleet are also possible in parts of northern Iowa into southern Wisconsin, far northern Illinois, northern Lower Michigan and far northern New England.

Nancy is set to be followed shortly by another Winter Storm named Oaklee, which will make landfall in the Southwest on Tuesday but is expected to track across the central US, gaining in strength as it does so, before bringing additional snow and ice to the Midwest and Northeast at the later half of this week. 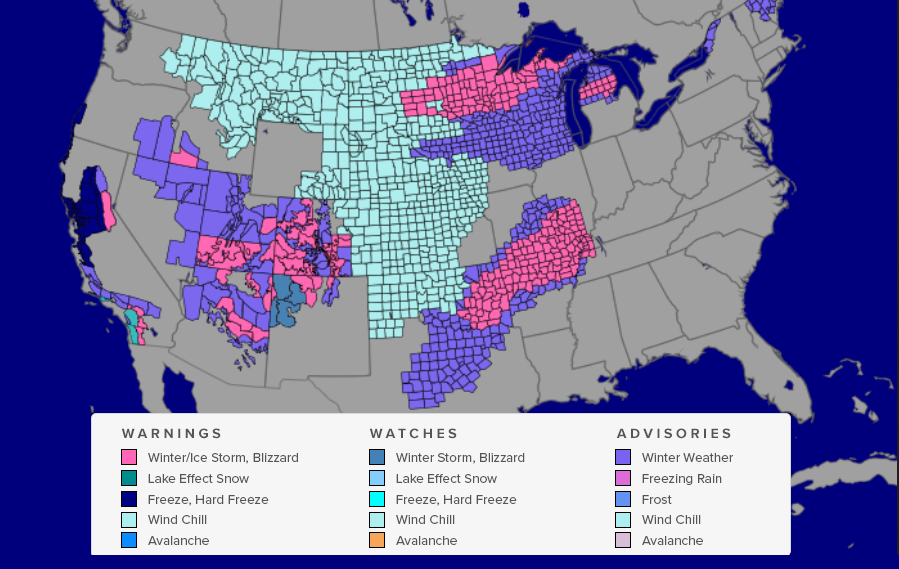 The NWS tweeted an advisory late last night, warning that Nancy will hit in 'the next 24 hours' and bring brutal conditions. 'A major winter storm will unfold over the Plains this evening and continue to evolve over the next 24 hours. This will move into the western Great Lakes region on Monday,' the tweet read.

'A mixture of snow, sleet and freezing rain may come in two waves to parts of the region,' the service said, adding that an inch of snowfall or more per hour is expected in several areas. 'Temperatures will be 20 to 30 degrees below average over the Northern Tier States. Following Nancy close behind, Winter Storm Oaklee is set to hit the Southwest on Tuesday before tracking across the country to culminate in the Northeast on Friday.

Oaklee is not expected to cause much disruption when it first lands in California and Arizona, but will increase in strength as it moves across the central US on Wednesday. Forecasters have warned that icy and snowy conditions will impact areas from northern Texas into the mid-Mississippi Valley, with northern Texas and the Ohio valley expected to see heavy snow and sleet. By late Thursday or Thursday night, much of the snow and ice will begin to expand across the Northeast, slamming areas of the country already reeling from the effects of storm Nancy. 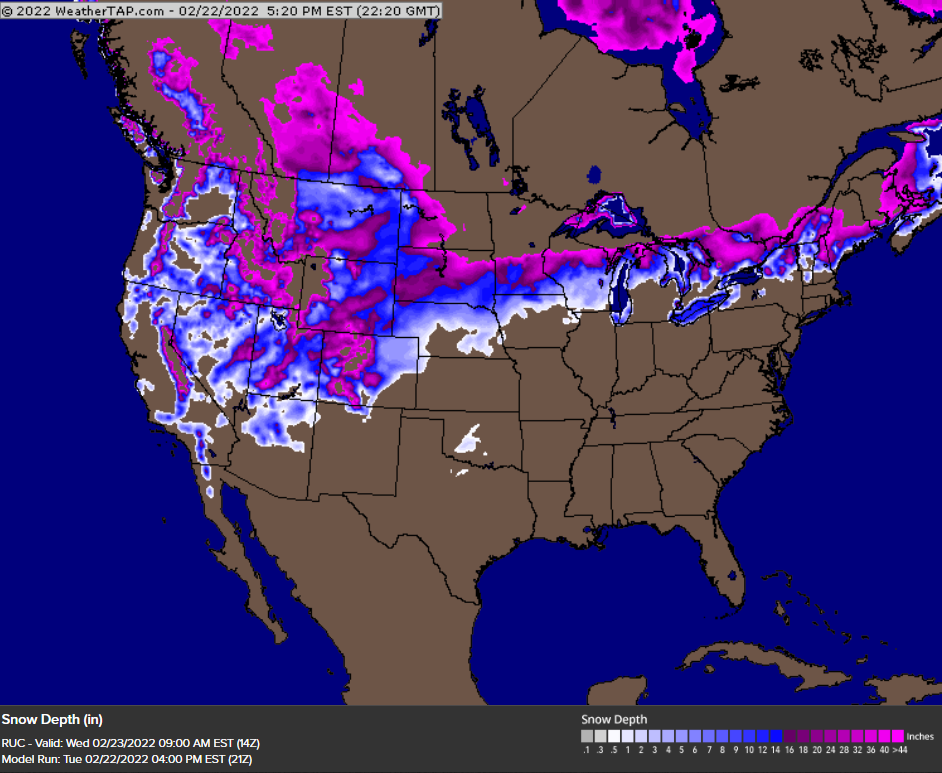 The timing of the winter storms couldn’t be worse for many Americans who were just recently hit with strong storm systems last week. More than 50 million Americans were placed under weather alerts as heavy snow, sleet and icy conditions threaten huge swathes of the Midwest and Northeast. Alabama Power customers were without electricity on Thursday and Friday in the state amid tornadoes, while further north, 13,000 were without power in Tennessee; 14,000 in Kentucky; 16,000 in darkness in Ohio and 18,000 in Pennsylvania. Meanwhile, 40mph gusts in Illinois whipped up blizzards which caused a pile-up of more than 100 cars and trucks on Interstate 39 early Friday morning and saw hundreds of flights canceled at both O' Hare and Midway international airports.

Spring is just around the corner, and with it comes sporadic unpredictable weather. Stay ahead of the storms with us at weatherTAP.com. Use the promo code: WINTER22A for 10% and get coverage all year long with annual subscription. Act fast as this promo is only available until 2/23/22.

More than 100 unaccounted for in Kentucky as recovery efforts continue. The preliminary estimate of damages and economic impacts from the outbreak reveals just how devastating the tornadoes were for the eight states impacted.