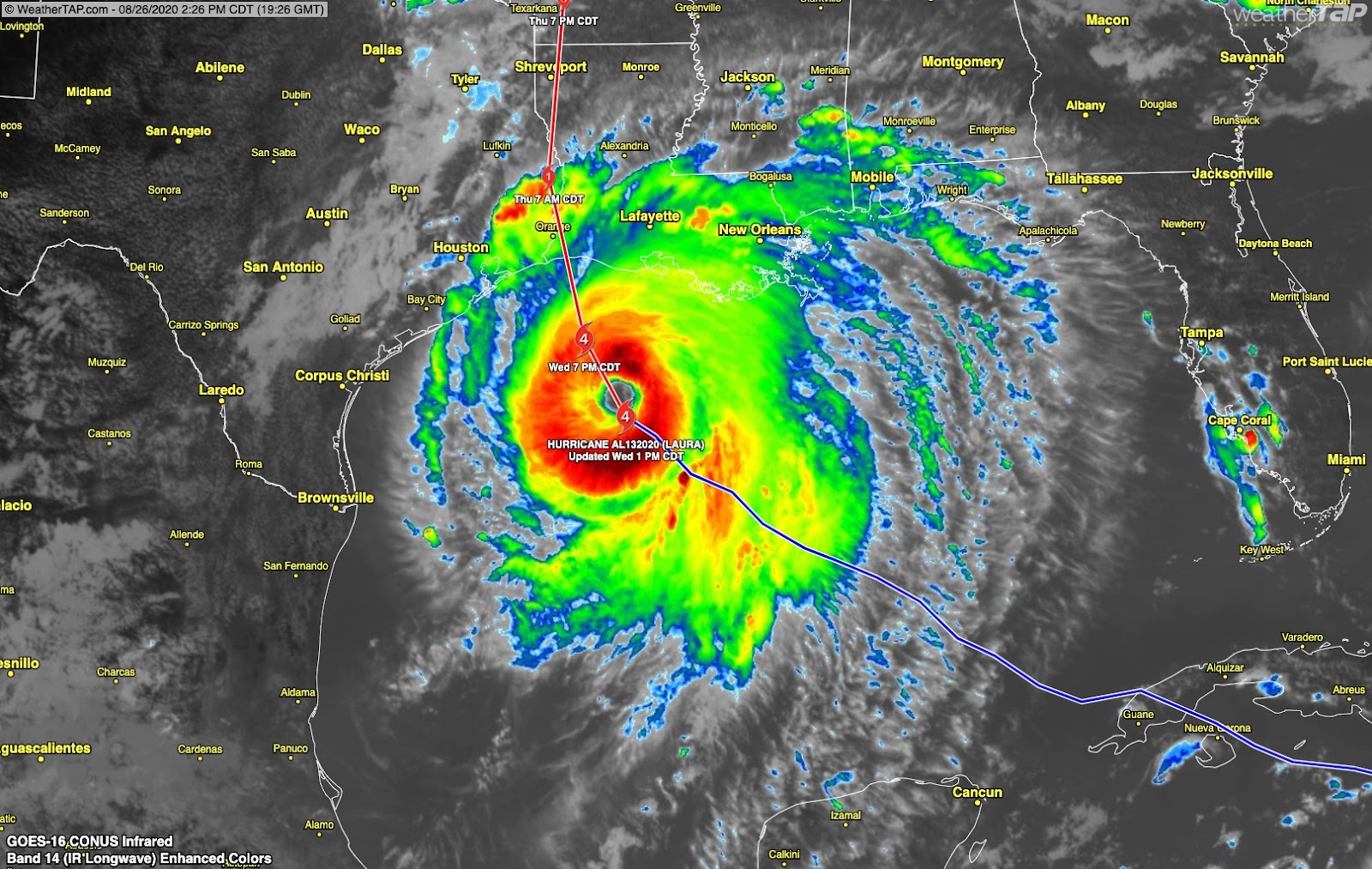 Hurricane Laura, a major Category 4 storm, is set to hit near the Texas-Louisiana border on Thursday morning as local officials evacuate thousands of residents. The storm’s rapid intensification prompted The National Hurricane Center to issue strong language in their warnings regarding the potential destruction Hurricane Laura poses for residents warning of “unsurvivable storm surge” in Texas and Louisiana. 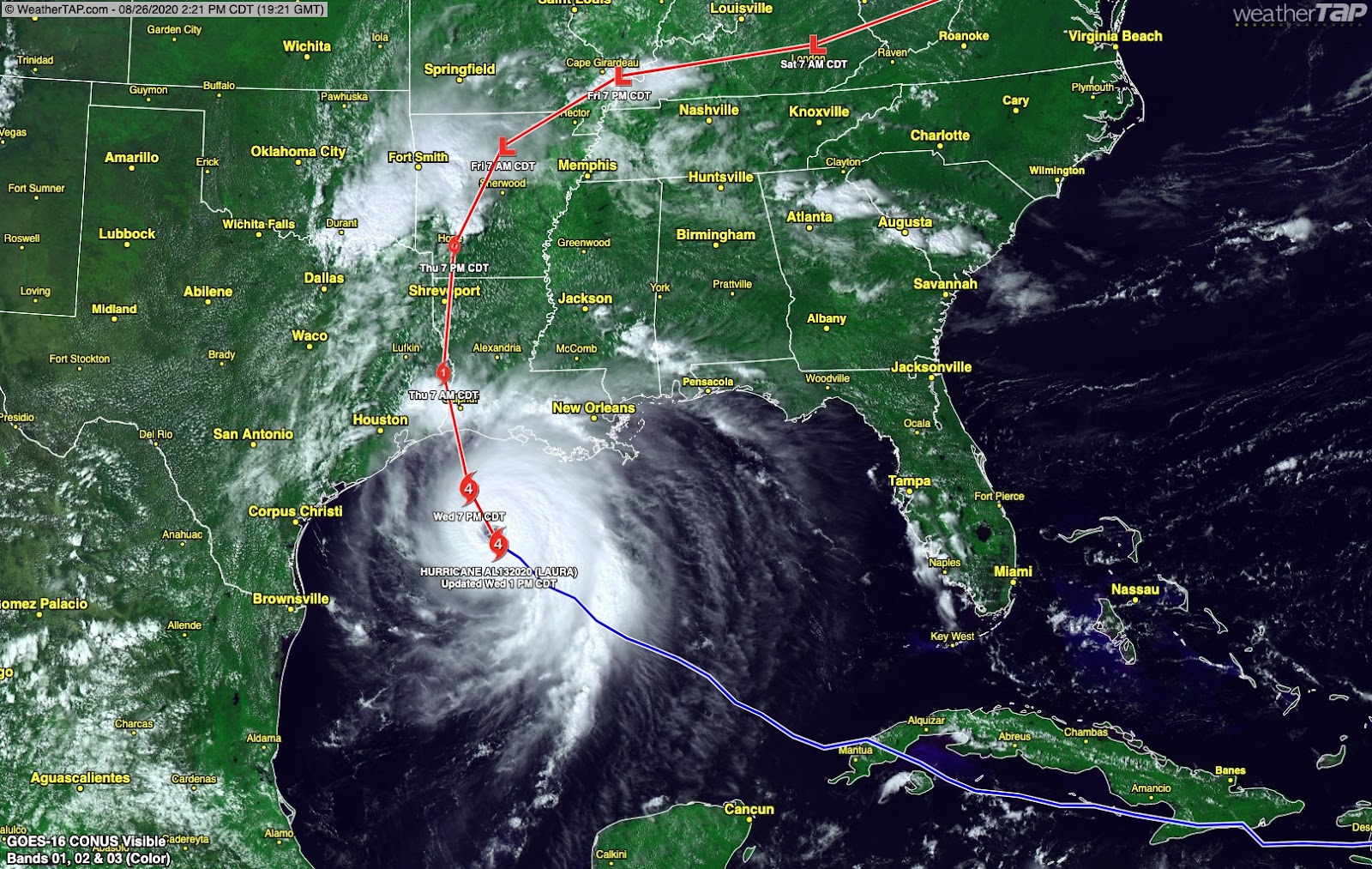 The NHC stated “Unsurvivable storm surge with large and destructive waves will cause catastrophic damage from Sea Rim State Park, Texas, to Intracoastal City, Louisiana, including Calcasieu and Sabine Lakes.” the on Wednesday. Warning that the surge could penetrate up to 30 miles inland from the immediate coastline. 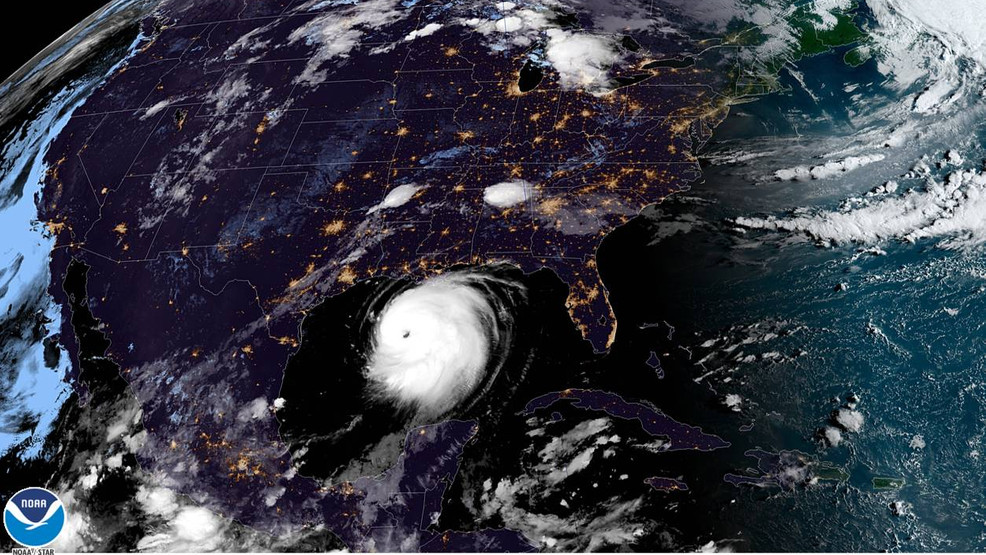 Laura could bring a storm surge of nearly 13 feet to the coastline as well as flash flooding and tornadoes upon landfall. Earlier this week, the storm battered the Dominican Republic, Puerto Rico and Haiti, causing a widespread power outage for more than 1 million people, collapsing homes and killing 23 people. 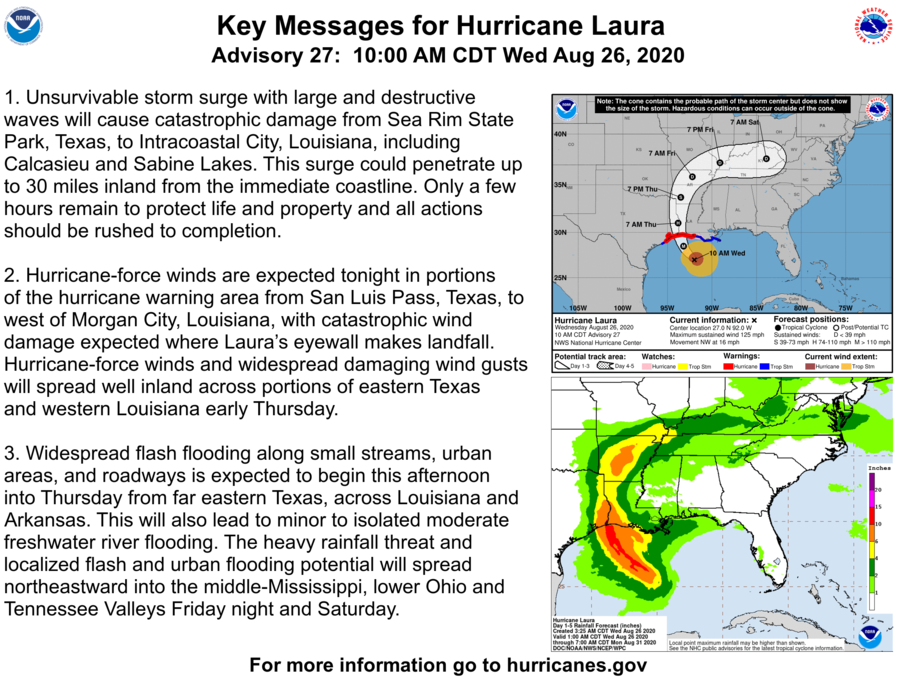 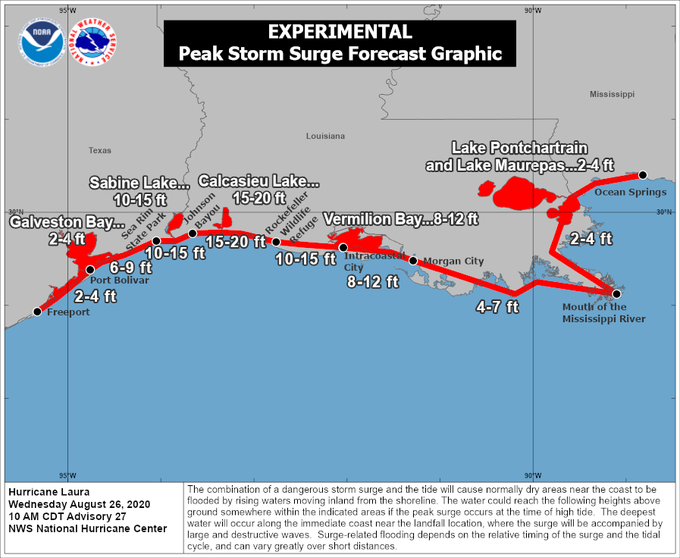 Leaders in Texas and Louisiana have ordered evacuations for at least 500,000 people as the states battle the ongoing coronavirus pandemic. Officials are advising residents to take shelter in hotels where they can maintain social distancing and avoid crowded evacuation centers.

Texas Governor Greg Abbott stated Tuesday “Just because a hurricane is coming to Texas does not mean Covid-19 either has or is going to leave Texas. Covid-19 is going to be in Texas throughout the course of the hurricane” urging residents to take caution for the storms as well as the virus.

According to the Energy Information Administration Laura is headed toward an area that comprises more than 45% of total U.S. petroleum refining capacity and 17% of oil production. Major oil and gas companies have already evacuated employees from offshore production sites in the Gulf of Mexico with producers shutting down roughly 84% of offshore production in the Gulf.

This year’s hurricane season is projected to be the most active in recorded history according to the National Hurricane Center. ﻿Laura became the 12th named storm of the 2020 Atlantic hurricane season on Friday morning becoming the first L storm on record this early. 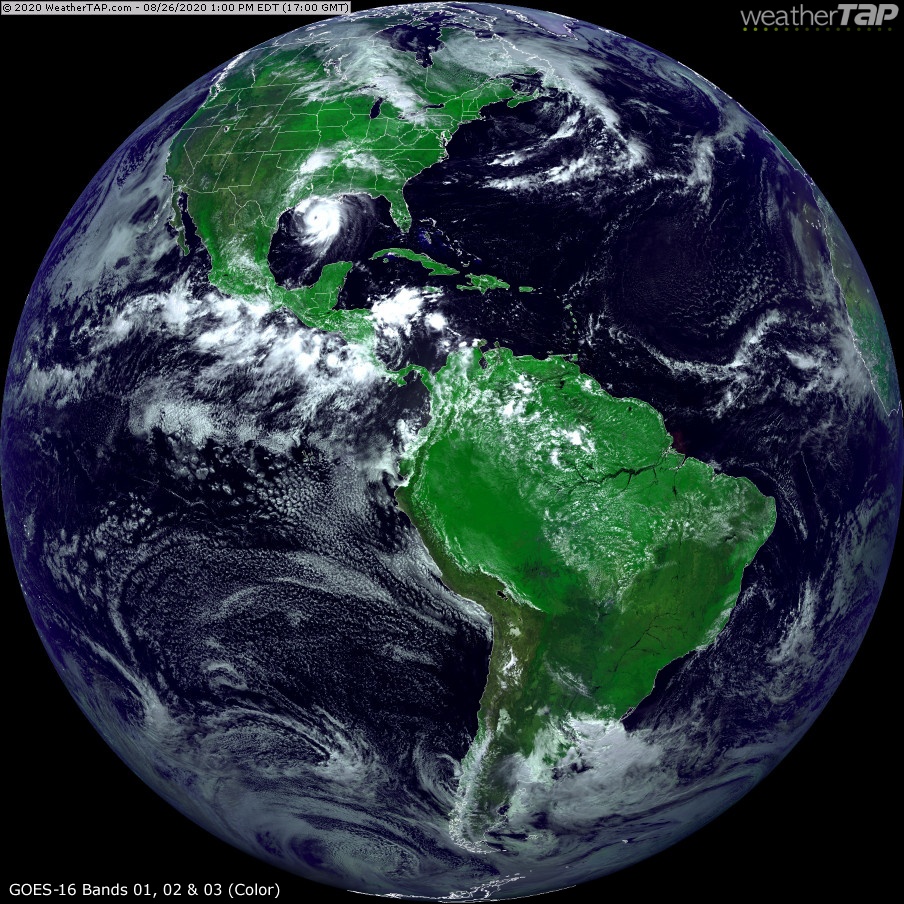 Monitor the storms with us at weatherTAP.com. Start your free trial today! No credit card information required at sign-up.