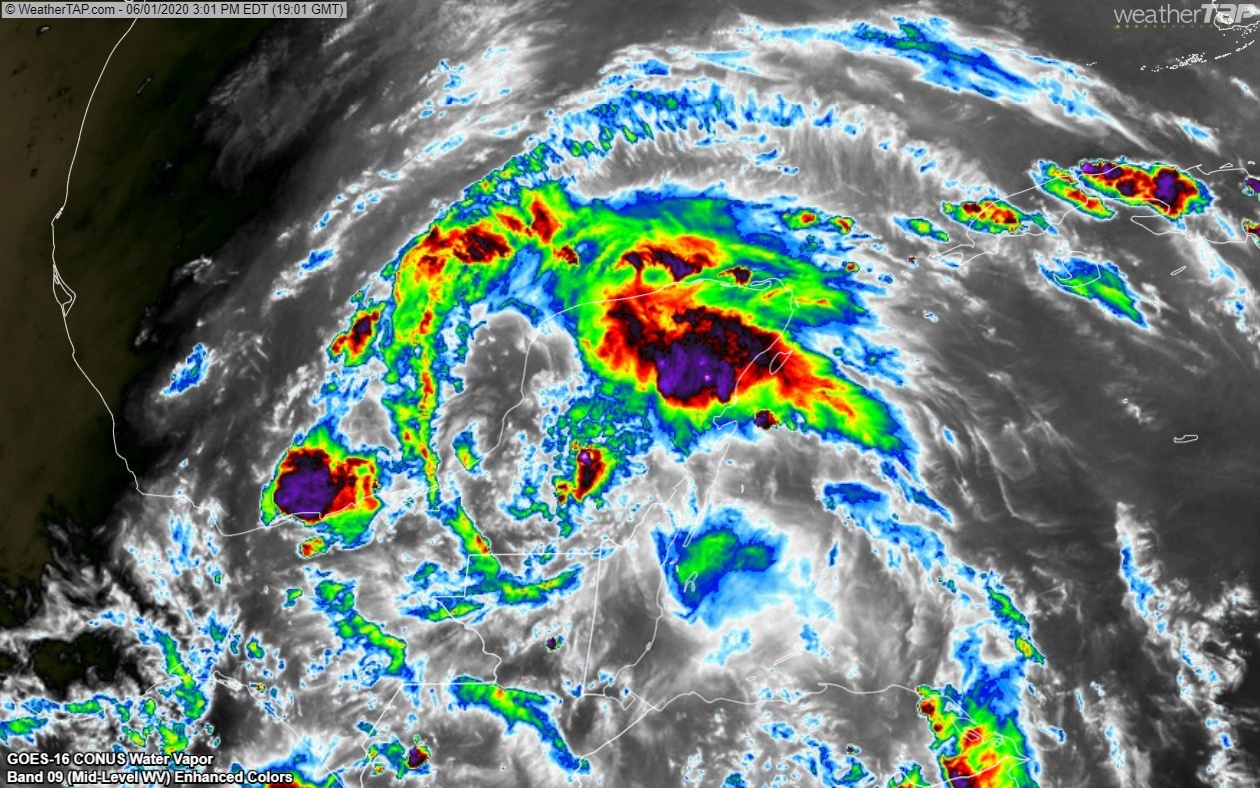 Remnants of a Pacific tropical storm may reform in the Gulf of Mexico within the next few days.

Today June first, marks the beginning of hurricane season which will run until November 30th. This season got an earlier start this year with two storms forming prior to the start of the season. Tropical Storm Arthur formed on May 12 and Bertha formed on May 25. The unusual trend continues, as tropical storm Amanda has broken down while crossing Mexico, but now looks like it will reform in the Gulf in the coming days.
Meteorologist Rebecca Barry of Graham Media Group reports “If the Pacific name for the storm, Amanda, would not be used, we would name it the next name on the Atlantic list, Cristobal. This is because Amanda weakened below tropical depression status as the system crossed Mexico. Prior to the year 2000, regardless of degradation storm names would change when they crossed from the Atlantic to the Pacific basin and vise versa. In the year 2000, the hurricane committee decided that storms that maintained strength while crossing basins, would not be renamed, they would keep their original name. Because Amanda broke down and will likely reform, the new system will get a new name, from the Atlantic list.”
This disturbance is expected to continue to move northwestward over the southeastern portion of the Bay of Campeche through the middle of the week where environmental conditions are expected to develop, forming a new tropical depression within the coming days. Regardless of tropical cyclone formation, heavy rainfall is expected over southern Mexico, Guatemala, El Salvador, Belize, and western Honduras. The chance of formation within 48 hours is high with an 80% chance to reform as a new tropical depression or storm. 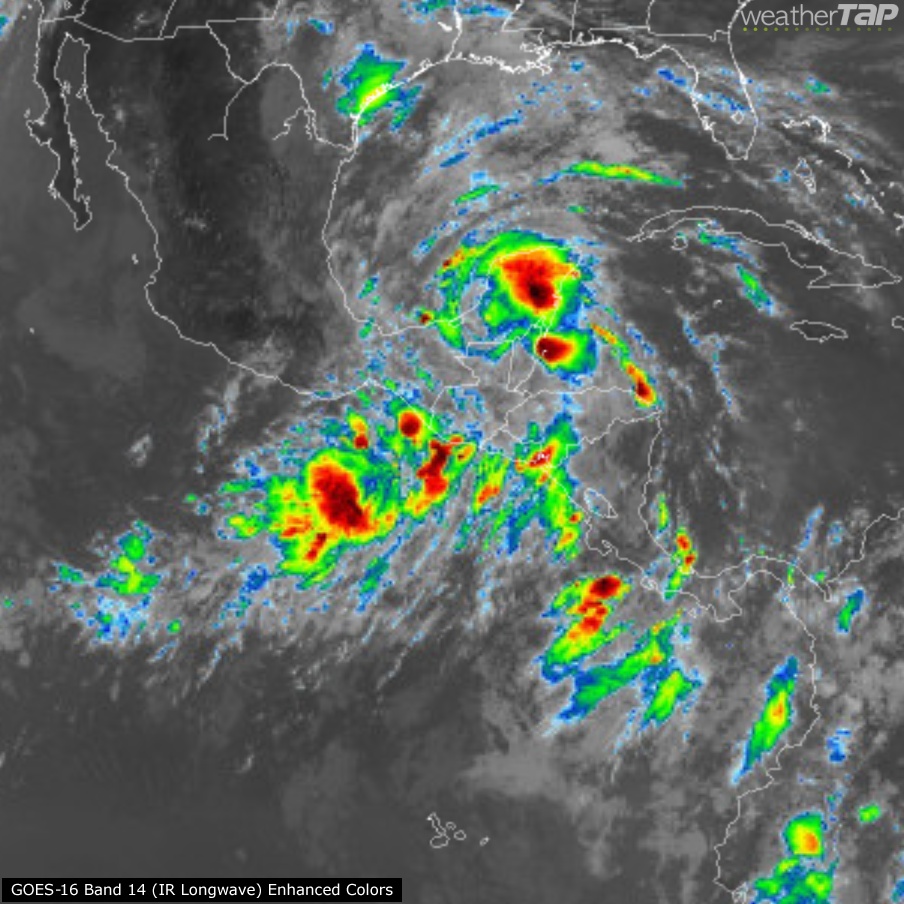 There are over a dozen forecasts published, and even though the official forecast from the National Oceanic and Atmospheric Administration won't come until May 21, a strong consensus in the forecasts across the industry indicates the US is in for an active season. "In general, the consensus between seasonal hurricane forecasts this year is greater than it has been the past few years," says Phil Klotzbach, research scientist in the Department of Atmospheric Science at Colorado State University.

The HNC is forecasting this hurricane season to be above average. Be sure to subscribe to weathertap.com to stay safe and monitor the storms. Start your free trial today! No credit card information required at signup.

Wednesday night, Hurricane Pamela made landfall along the west coast of Mexico. As the storm continues to weaken, moisture from Pamela is spreading across the mountains of northern Mexico into Texas and the southern Plains, where the threat of flooding will continue through Friday.

Wednesday, the deadly remnants of former tropical depression Fred caused significant damage to the south with Haywood County of North Carolina bearing the brunt of the storm's destruction.

Now an open beta, our new customizable weather dashboard is available to everyone!