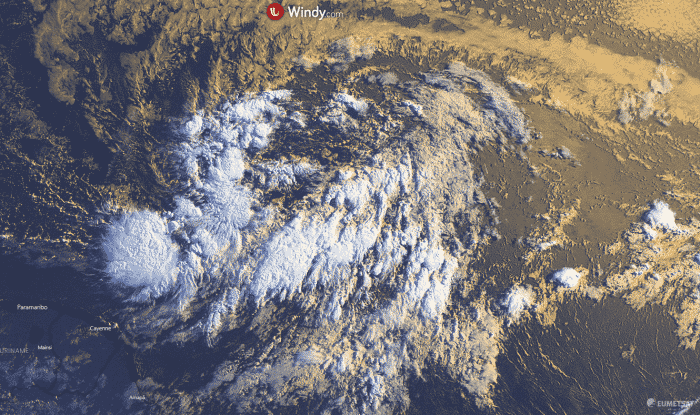 Tropical storm warnings are in store for Puerto Rico, Vieques and Culebra, as well as the U.S. Virgin Islands. Antigua, Barbuda, the British Virgin Islands, Guadalupe, Martinique, and St. Maarten. 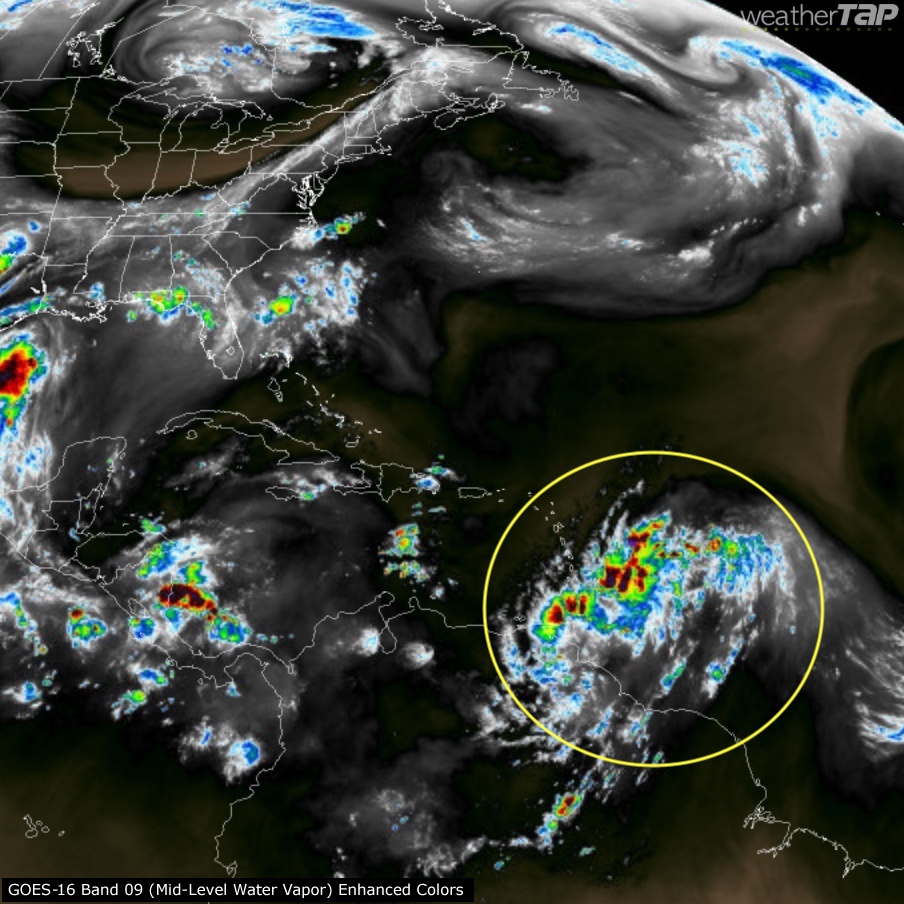 The name of the potential Hurricane is Isaias, The Spanish version of the biblical name Isaiah, and is pronounced “ees-ah-EE-ahs.” If the storm continues to develop, it would receive the record for the earliest “I” storm, currently held by Irene, which was named on August 7th of 2005. The system may affect the southeastern states within the coming days, with Florida currently at the highest risk.

This hurricane season was predicted to be above average in activity this year due to warm ocean sea surface temperatures in the tropical Atlantic, including the East Coast and Gulf of Mexico which increase the odds of cyclones forming that could make landfall in the United States. Last weekend, Texas was just hit with Category 1 Hurricane Hanna.

﻿Monday into Tuesday the storm had started to rapidly intensify, displaying signs that it was begging to organize. As of Tuesday morning, the storm was about 700 miles east of the Windward Islands with a broad and elongated rotation. Although the storm has already started a steady rotation, the spin must consolidate in order to continue to develop. 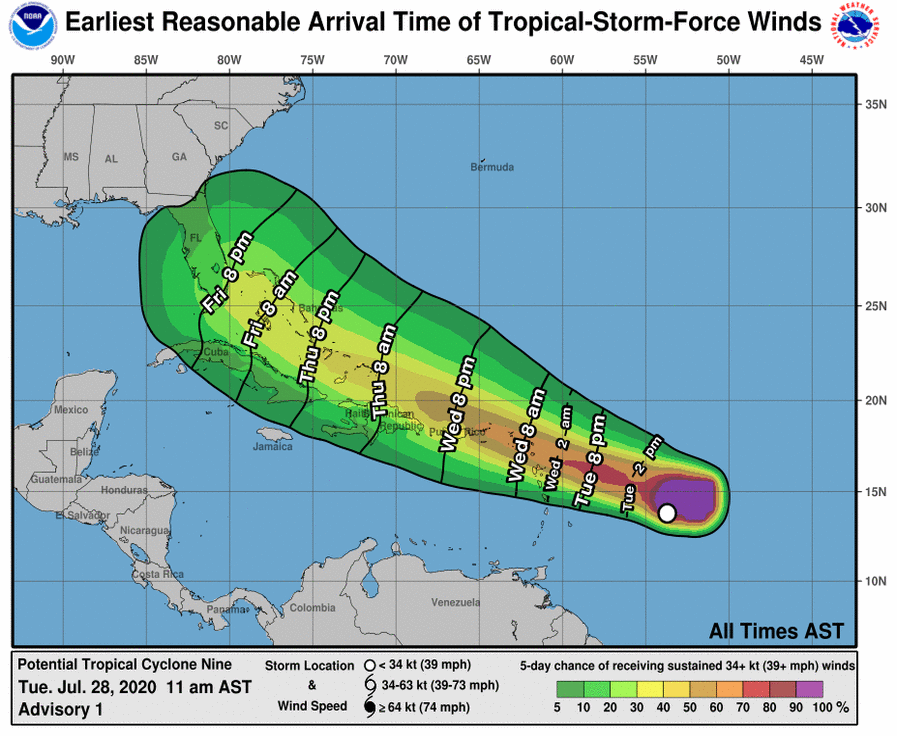 The winds of the storm are currently near the 39 mph sustained threshold for a tropical storm, however, the storm must be wound around a clear center to be given a name. Because the storm is still in the formative stage, it is difficult to track its path and intensity. 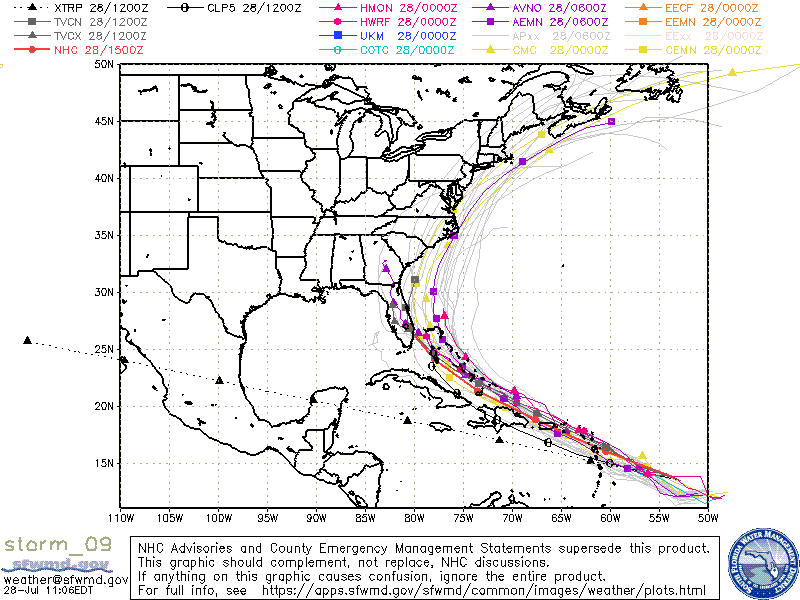 Forecasters predict that the storm will continue to intensify due to less dry air and warmer sea surface temperatures as the storm continues its movement. Although the storm is difficult to track in its current state, Spaghetti models generally agree that it will move in a west-northwesterly direction near or over the Leeward Islands, Puerto Rico, Dominican Republic, and The Bahamas.

Depending on the storm's track, heavy rain and winds are possible in the Leeward Islands Tuesday and Wednesday later traveling to Puerto Rico on Wednesday or Thursday. The rainfall is welcomed in Puerto Rico, which has suffered a severe drought recently. After its potential encounters with Puerto Rico and Hispaniola, a sprawling high pressure system over the Atlantic may push the storm closer to the Bahamas and the southeastern United States over the weekend. The National Hurricane Center predicts that Isaias will remain at tropical storm intensity, due to strong upper level winds that could limit its intensity, while it passes near or over several islands in the Bahamas before possibly making landfall in Florida.

Hurricane season is set to peak in mid-September. Monitor the storms with us at weatherTAP.com! No credit card information required at sign-up. Not sure? Follow us on Facebook or Twitter for updates on weather news and developments.

This morning, the north-eastern US braced as for the first big winter storm of the season as snow began dropping what forecasters said could be more than a foot of wet, heavy snow, making travel treacherous and cutting off power to thousands.