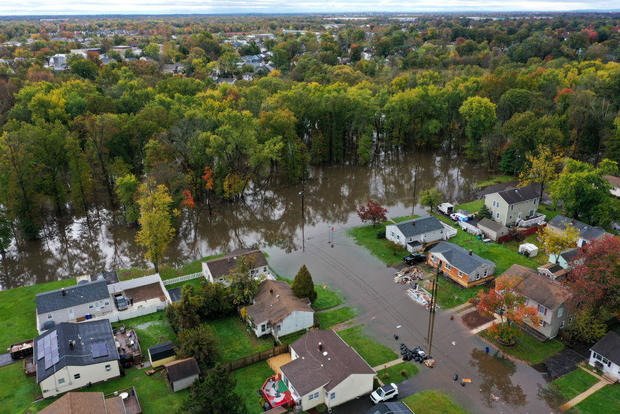 Within the short span of a few days, the weather pattern has shifted from weeks of calm to one of the most dynamic fall patterns in years. Fall typically has unpredictable weather patterns. However, this year is exceptional with the Northeast Pacific experiencing both its strongest and third-strongest storms on record in a matter of just 72 hours. 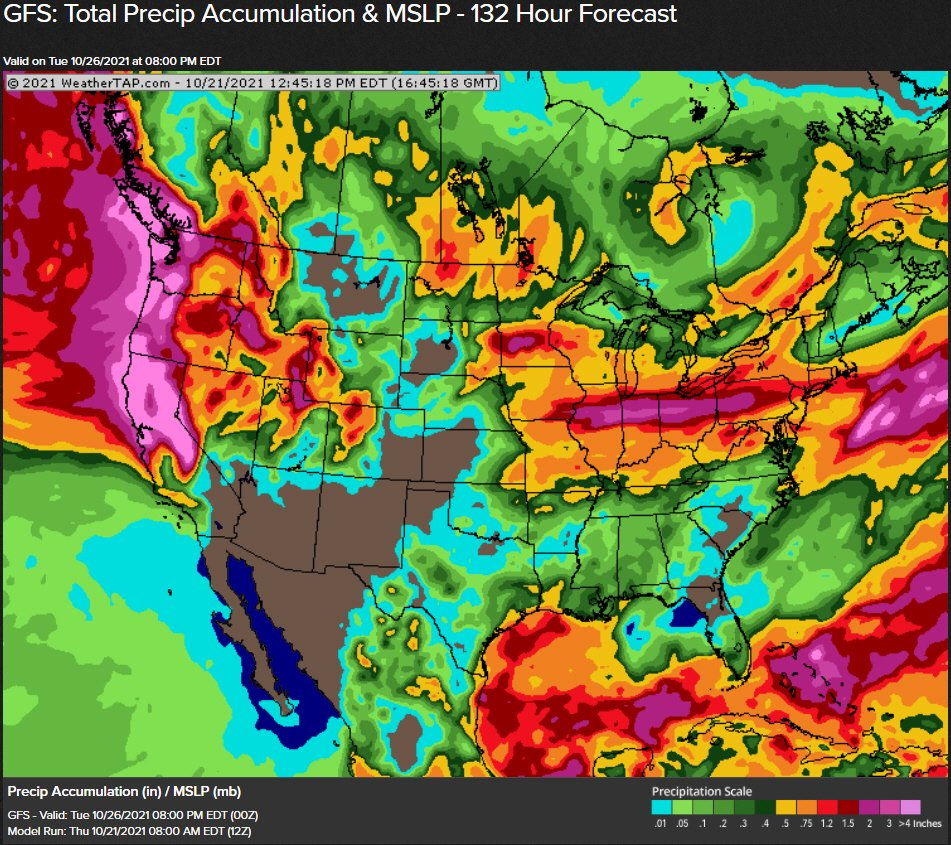 Sunday, an atmospheric river unleashed more than 17 inches of rain in parts of California, while another system generated numerous strong tornadoes on Sunday night in the Central United States. That same system is expected to become yet another bomb cyclone with hurricane-force winds in the Northeast on Tuesday. 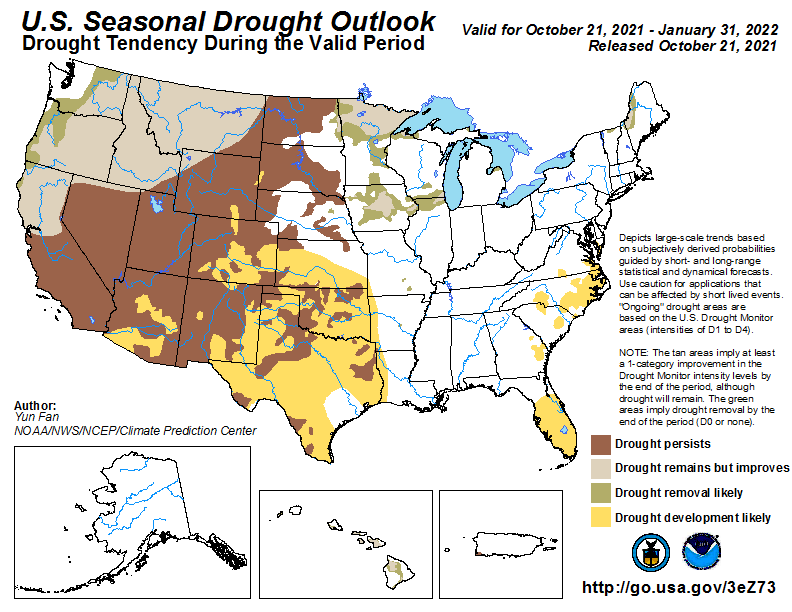 After a historic drought gripped the West for weeks, becoming one of the worst droughts in modern history, the Pacific jet stream came alive this past week and dove to the south, following a general cooling of the waters in the Northeast Pacific. The powerful jet stream raced across the Pacific Ocean, eventually spinning off a storm system which ended up becoming the third most intense low pressure on record in the Northeast Pacific. It is important to note that a strong jet stream alone does not always materialize into extreme weather. For that to happen, a process called cyclogenesis needs to occur. Cyclogenesis is the process of a storm forming taking the linear energy of a narrow band of intense upper level winds and converting that straight wind into a broad spinning wind. However, the wind doesn't just circulate. It needs a mechanism in the atmosphere to force it to spin and in the case of the past few days that force was provided by a strong atmospheric block, in this case a mountain of warm air over northern Canada. The jet stream could not go through that block, so the wind was forced to divert, going around the block, which initiated rapid spinning and storms with record-breaking low pressure. This process of storm formation is a natural occurrence, but it can be argued that climate change helped make these systems more intense. That's because high-latitude blocking is theorized to be more common in a warming climate, and stronger blocks can lead to stronger cyclogenesis.

Sunday's record-setting Pacific storm helped slingshot an extremely focused atmospheric river of tropical moisture into California. It was rated a Category 5 out of 5. This storm produced up to 17 inches of rain in central-northern California and broke the all-time record for 24-hour rainfall in Sacramento, a rainfall event so heavy it was likely a once-in-100-year event. The torrential rain was heavy enough to effectively end what was a very active wildfire season across the northern half of California and even put a small dent into what, up until this point, had become the worst western U.S. drought in modern history. While it may seem odd for the weather pattern to switch from extremely dry to extremely wet in an instant, this is a natural characteristic of the Mediterranean climate of the West Coast. However, there is evidence that climate change is making these episodes of weather whiplash more common now, and the climate models indicate that trend will continue into the future.

At the same time the West was being pounded by the atmospheric river, another storm was moving through the Midwest. There were several Tornado Emergencies issued by the National Weather Service and in total 15 tornado reports in Missouri and southern Illinois. On Monday, the storm damage was still being surveyed, but the damage was extensive from winds up to 150 mph. As the climate has warmed, there has been no clear trend in the number of tornadoes in recent decades. But one trend has emerged as a significant shift: Tornado frequency is increasing east of the Mississippi River over the Mid-South and decreasing over the area traditionally known as Tornado Alley in the lower Plains. This has meant tornadoes happening in more densely populated areas, most often at night — as they did Sunday night — which makes the storms all the more dangerous. 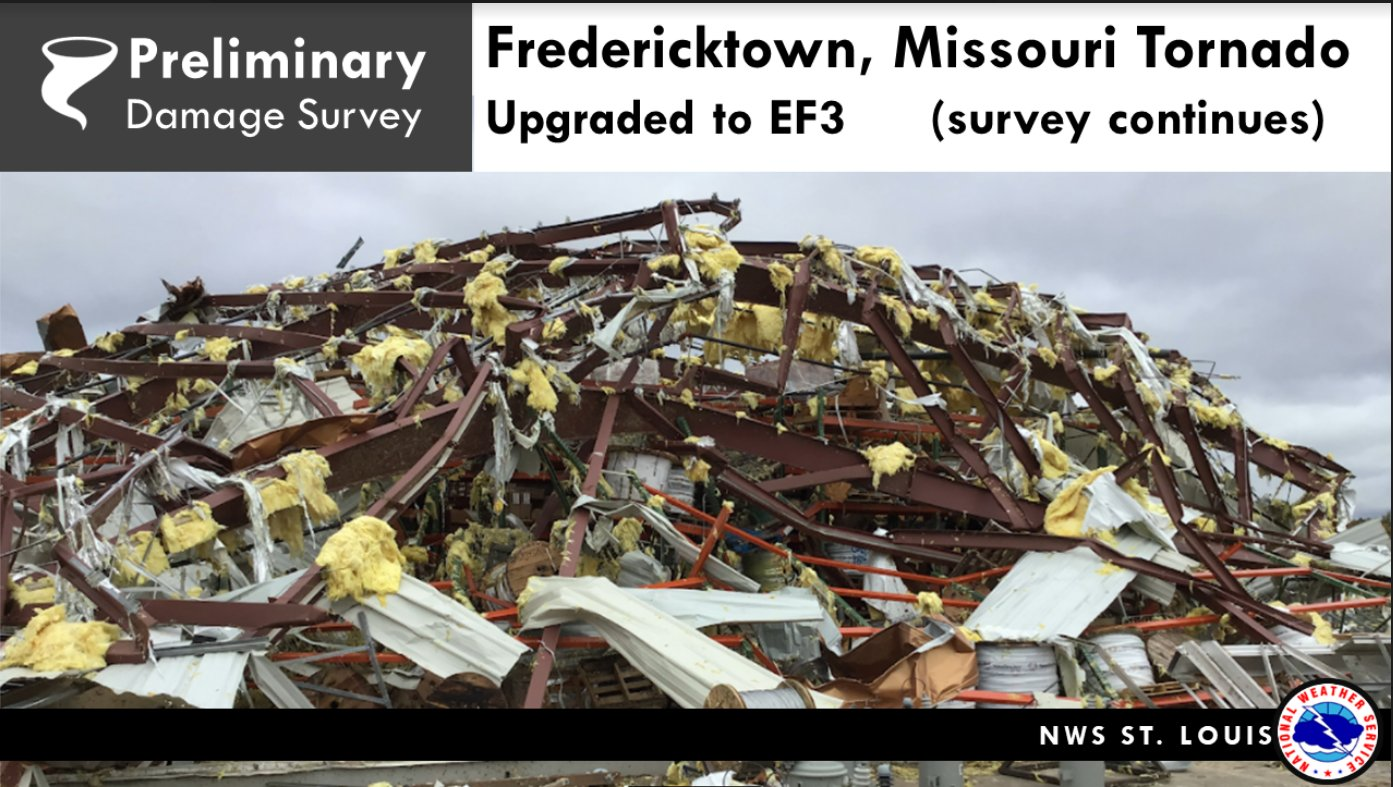 The storm responsible for the outbreak of tornadoes in the nation's midsection is now headed east. Just like the Pacific storm, this system will slow, bend and be forced to circulate more intensely by the Canadian blocking. Therefore, what happened in the eastern Pacific will replicate itself along the East Coast, however at a lesser intensity. Heavy rain is expected to migrate from the Ohio Valley into the Northeast Monday night and Tuesday just as a coastal storm rapidly intensifies east of New Jersey. By Tuesday afternoon, the storm's barometric pressure will drop down to the equivalent of a Category 2 hurricane. 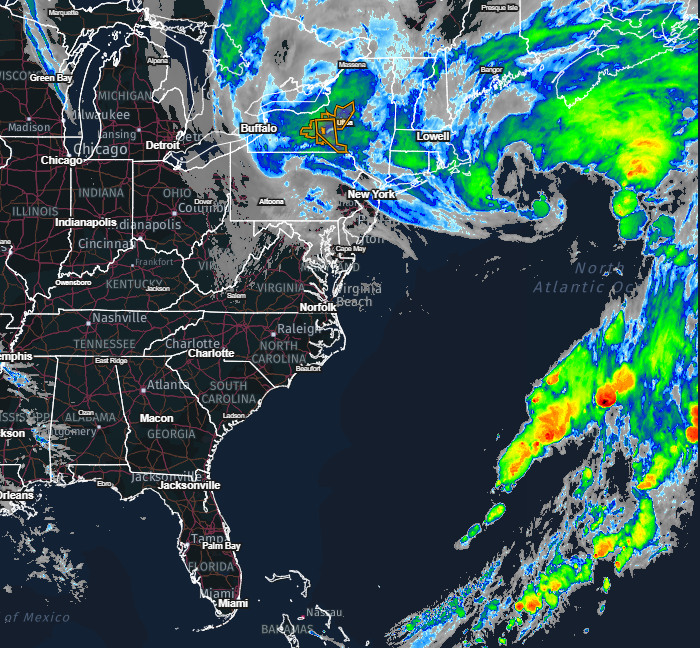 Meanwhile into Tuesday and Wednesday, Eastern Long Island and southeast New England will see gusts over 60 mph, with the possibility for wind gusts over hurricane force. The potential for downed trees and power lines, and power outages, are possible, along coastal areas. Coastal areas prone to flooding should expect at least minor flooding issues at times of high tides. The storm is predicted to die down by early Wednesday morning, after dropping an estimated 3 to 5 inches of rain.

This has been an unusually dynamic fall weather season. Monitor the storms with us at weathertap.com! Start your free trial today, risk free with no credit card information required at sign-up.

The Month of April is known for Severe Weather

The month of April is known for severe weather with several major tornado outbreaks happening during this time.