weatherTAP > Blog > Does Insurance Cover Spoiled Food and Other Expenses After a Power Outage? 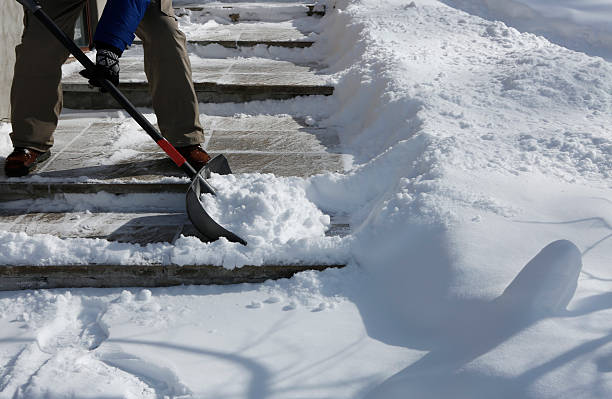 It doesn't take long for food to spoil when you lose power. The USDA estimates it takes only four hours for meat, poultry, fish, eggs and leftovers to go bad when you lose power. Generally, damage or loss from power outages is ordinarily covered under your homeowners policy if the power outage occurs on your property and isn't general and widespread. However, insurance coverage for power outage losses varies by insurer and your policy. Your loss may not be covered if the outage is widespread and didn't originate on your property. If your insurer covers off-premises loss of power, the outage's cause must be covered under your policy. For example, your policy may cover you if a wind storm caused the outage, but not cover you if a flood caused the power loss. If your insurer excludes damages from an off-premises power loss, you can buy a special endorsement for food spoilage caused by any power outage. It's not commonly purchased, but it's inexpensive, with cost typically between $15 and $50 per year.

Often, coverage that is included with your homeowners policy is typically limited to $250 or $500 per occurrence. Therefore, it often isn't worth filing a claim for relatively small amounts, unless the food spoilage is just part of a larger claim for the same event. Filing more than one homeowners insurance claim within 10 years can cause your premiums to increase. Multiple claims in a short period can also result in an insurer cancelling the policy altogether.

Insurers may categorize claims associated with hurricanes or large storms as catastrophic. In those cases, an insurer may disregard a food spoilage claim when you renew your insurance. Depending on the insurer and the policy, you don't always have to save the spoiled food as proof of your loss, but it's a good idea to photograph it before throwing it out. For refrigerator malfunctions not caused by a general power outage, a home warranty or your appliances guarantee might cover food spoilage, and filing a claim with them won't increase your homeowners insurance rate. Not all policies cover damage (including food spoilage) due to widespread power outages that are the fault of your power company because so many variables depend on your individual carrier and policy, never make any assumptions about your power outage coverage. Read your policy very carefully, to see if food spoilage is specifically excluded within your list of exclusions. If you're still uncertain about whether or not you're covered, contact your insurance agent and ask him or her to explain your protections. You could be pleasantly surprised.

You can also check with your power company to determine whether or not it will reimburse your insurance deductible, food spoilage or other damage you can attribute to a power outage. It is possible some may, depending on the reason for the outage.

If you don't have surge protectors for all of your expensive electronics, get them and unplug your prized electronics during thunderstorms. Whether or not your insurer covers power surge damage, prevention is still the best strategy. If, despite your best efforts, a power surge destroys your electronic equipment, you might be covered and be able to file a power surge damage claim. However, it depends on the cause of the power surge and your coverage. Damage to electronics falls under personal property coverage. According to the Insurance Information Institute (III), personal property damage from lightning strikes is covered under basic and broad homeowners insurance policies. Damage from power surges caused by the "sudden and accidental damage from artificially generated electrical current (does not include loss to a tube, transistor or similar electronic component)" is covered by all except H0-8 and Basic H0-1 home insurance policies.

Most policies limit personal property reimbursement to between 50 to 70% of the dwelling coverage amount. Many policies limit the amounts for electronics designed to be used in a vehicle and property used in a business, according to the National Association of Insurance Commissioners. If you have a home office, your computer might not be fully covered. If you have expensive business electronics, consider purchasing additional coverage for them in the future.

Homeowners insurance should cover you if a power outage shuts down your heating system and causes your pipes to burst. "Freezing of a plumbing, heating, air conditioning or automatic, fire-protective sprinkler system, or of a household appliance" is included in all but the most basic H0-1 policies and H0-8 policies, according to III.

Of course, if your pipes burst because you neglected to leave the heat on while you took a vacation, or you forgot to pay your power bill, it is extremely unlikely to be covered. Prevention is the way to go, by insulating pipes, draining your hoses and setting the thermostat no lower than 55 degrees.

Hate ads? Sign up for a free trial with weatherTAP.com today! No credit card information required at sign-up. Get the same information as the pros with no advertisements, just weather.