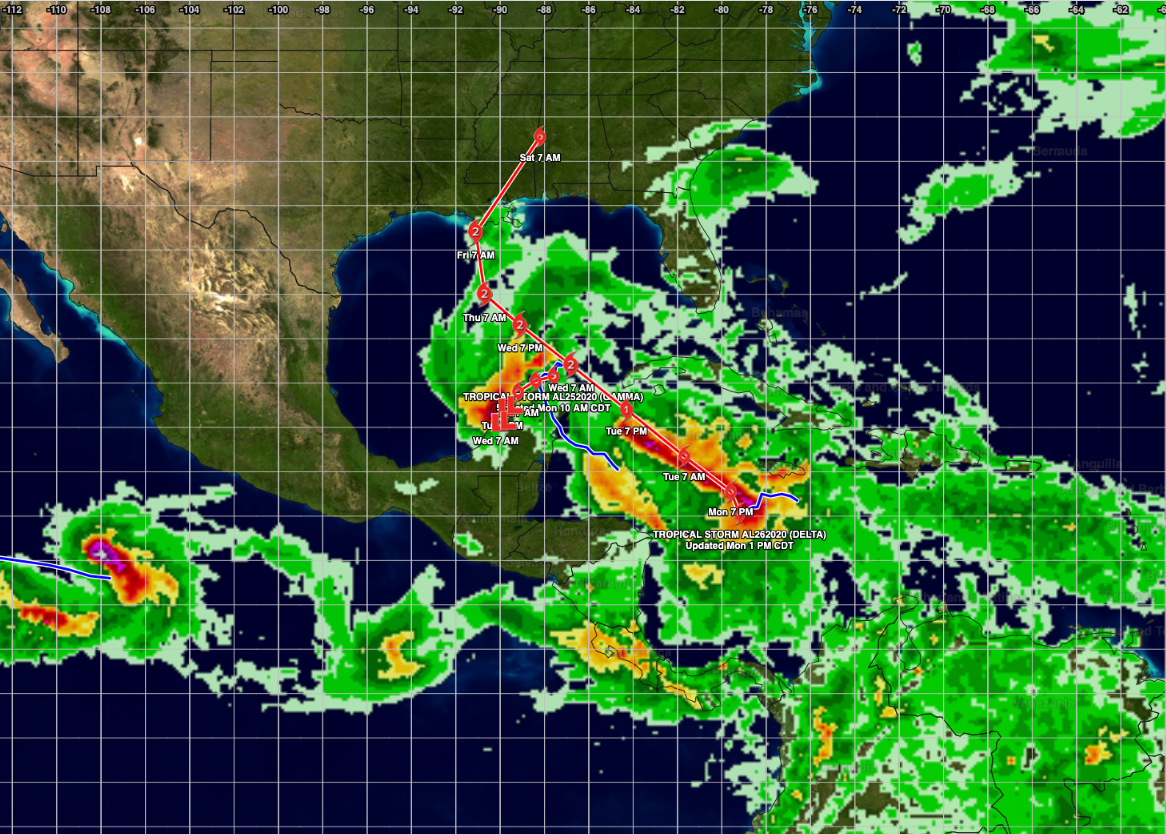 This morning, Tropical Storm Gamma stalled north of Mexico's Yucatan Peninsula after near-hurricane force winds and floods killed at least 6 people and forced thousands from their homes.  The other two deaths were in Tabasco state, where one person was dragged away by the water and another drowned.

Gamma combined with cold fronts over the weekend to cause heavy rain in parts of the Yucatan Peninsula and Chiapas, affecting more than half a million people. Saturday, 3,400 people were evacuated to shelters in Tabasco alone.

According to the U.S. National Hurricane Center, the storm made landfall on Saturday near Tulum with maximum sustained winds of nearly 70 mph. Thousands of tourists were affected in a resort area that only recently reopened due to the coronavirus pandemic. The state’s tourism department reported Friday that more than 41,000 tourists were present in Quintana Roo, with hotels in Cancun and Cozumel already at more than 30% occupancy. 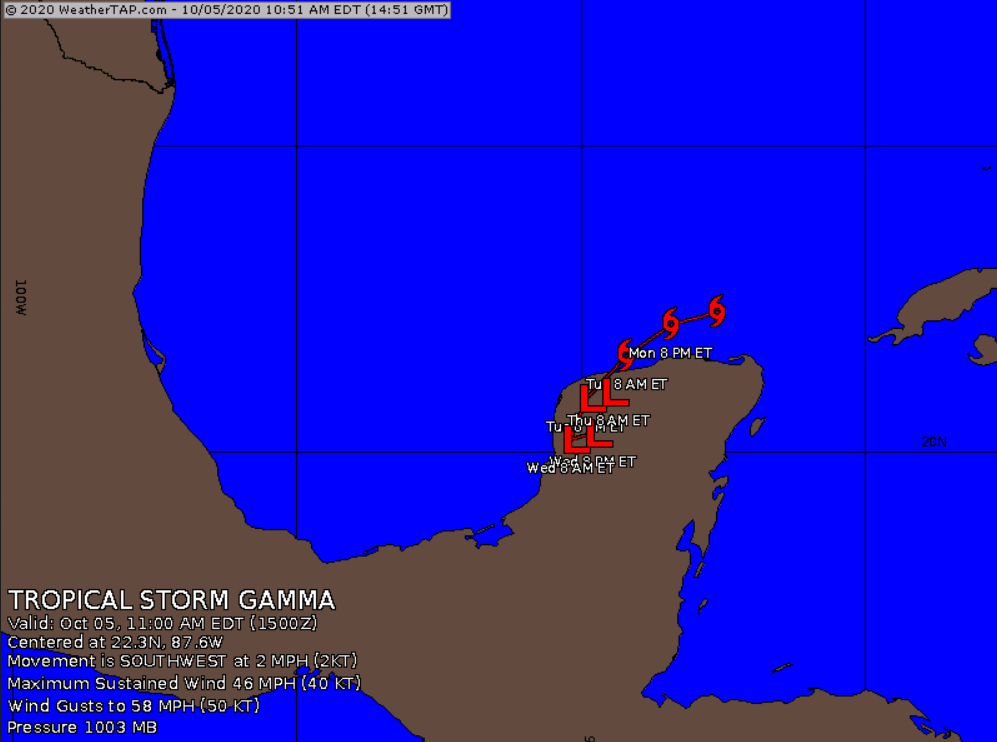 Mexican authorities continued to warn people in the Yucatan on Monday as Gamma stalled offshore. The hurricane center said early Monday that Gamma was about 170 miles northeast of Progreso, Mexico, and had maximum sustained winds of 50 mph (95 kph). Forecasters predicted up to 8 more inches of rain in the states of Yucatan, Campeche and Tabasco, producing significant flash flooding. 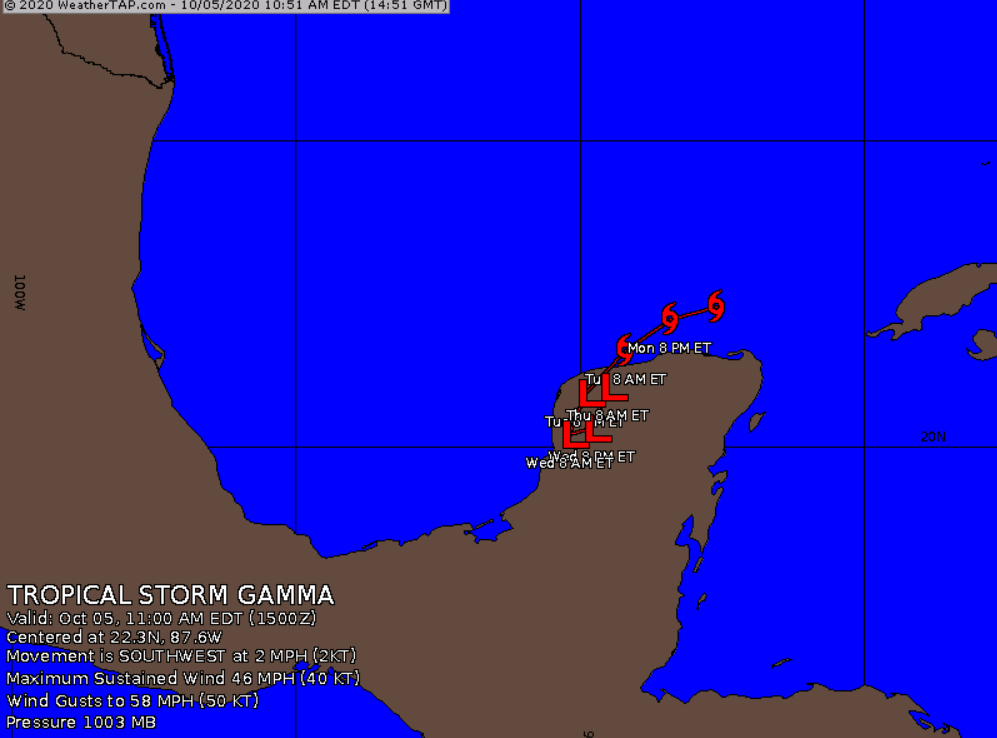 Meanwhile, Tropical Depression Delta formed this morning and is expected to become a hurricane heading towards the Cayman Islands and Cuba on a path into the Gulf of Mexico, the U.S. National Hurricane Center said. Delta is intensifying on a northward path, with top winds of 40 mph about 270 miles southeast of Grand Cayman. It was moving near 9 mph, on track to hit the Cayman Islands Monday night and approach western Cuba Tuesday afternoon or evening before moving into the Gulf on Wednesday.

Hurricane season ends on November 30th. Monitor the storms with us at weatherTAP.com! Start your free trial today. No credit card information required at signup.

Another Early Start to Hurricane Season This Year

Hurricane season is off to a quick start yet again with potential tropical storms brewing near the Bahamas and Florida.