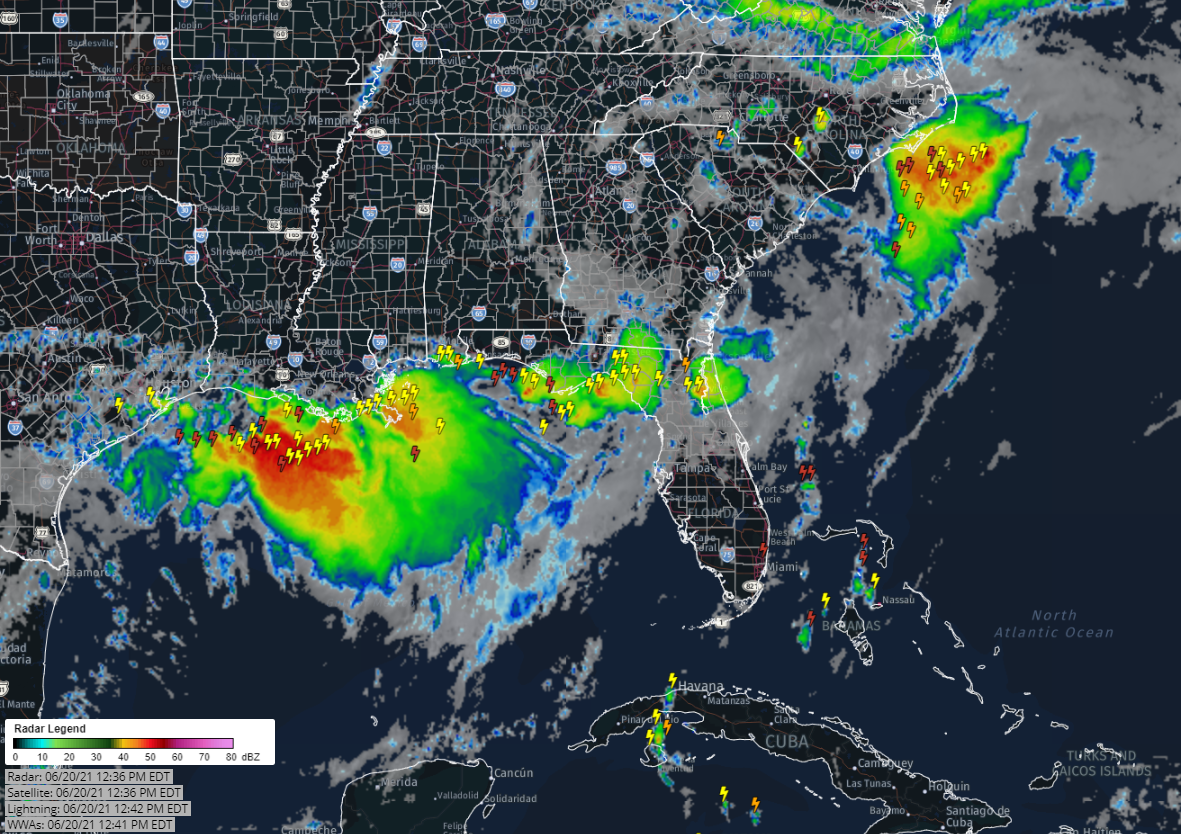 Tropical Depression Claudette has left at least 12 dead in Alabama as the storm ravaged parts of the U.S. Southeast with flooding as the storm moved toward the Atlantic Coast where it is then predicted to re-strengthen. Ten people, including nine children, died in a two-vehicle Alabama collision on Saturday, which Butler County Coroner Wayne Garlock told local media was likely caused by storm-related conditions. Separately, a 24-year-old father and his 3-year-old son died in their home when a falling tree struck the residence, Capt. Marty Sellers of the Tuscaloosa County Sheriff's Office told the Tuscaloosa News. In a Facebook post, Tuscaloosa City Council President Kip Tyner also confirmed the father-and-son deaths and said more than 7 inches of rain had produced widespread flooding, evacuations and trapped motorists. 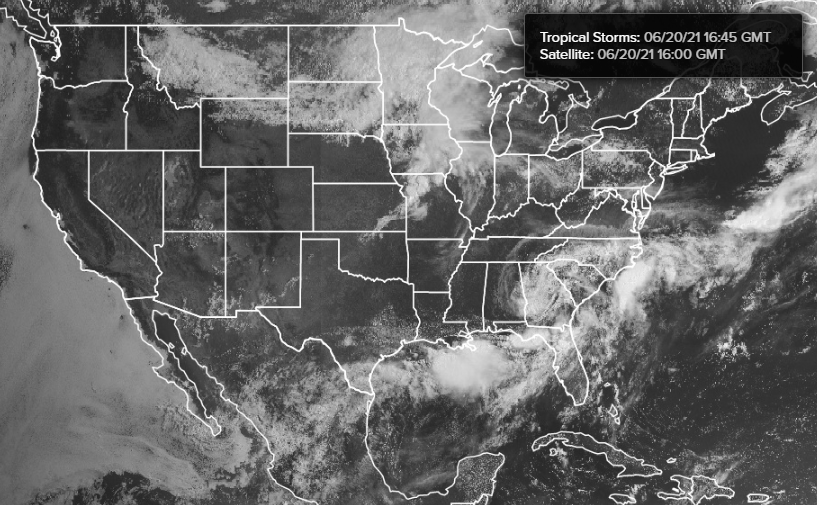 The deaths came after Claudette battered parts of Alabama, Mississippi, Georgia and the Florida Panhandle with high winds on Saturday, tearing roofs off houses and flipping an 18-wheeler and a mobile home. The storm also sparked reports of multiple tornadoes. More than 20 people were rescued by boat due to flooding in Northport, Alabama, WVUA-TV reported. Additionally, Birmingham Fire and Rescue Service Capt. Bryan Harrell told news outlets a search was underway for a man who was possibly swept away by flooding. Storm total rainfall of 5 to 10 inches with isolated 15 inch amounts were seen in southeast Louisiana, southern Mississippi, southern Alabama, and the western Florida panhandle, the National Hurricane Center reported late Sunday morning. Claudette continued to produce heavy rains and the threat of flash floods across much of the Southeast, the report said. 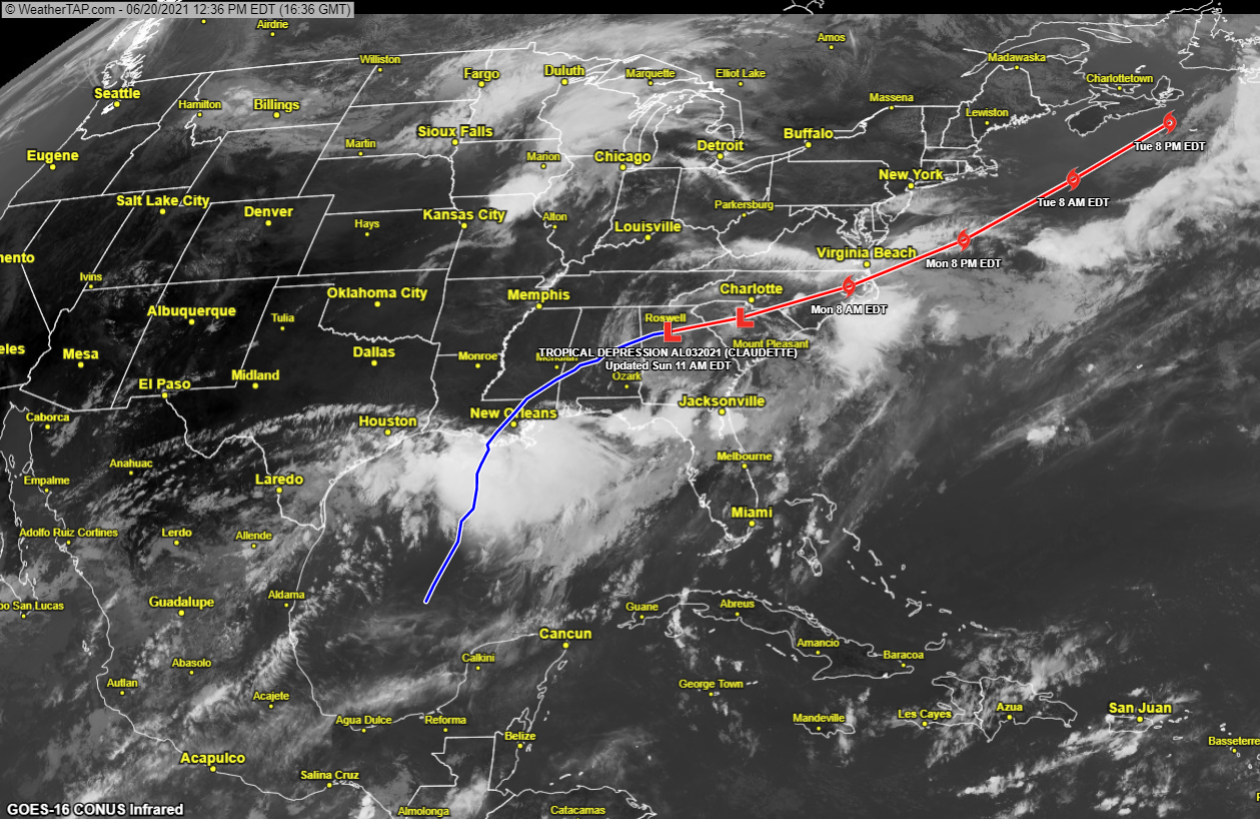 With maximum sustained wind of 30 miles per hour, the storm is expected to produce additional rainfall totals of 1 to 3 inches, with highs up to 6 inches, across Alabama, the Florida Panhandle, northern and central Georgia, and Upstate South Carolina during Sunday morning. Bands of heavy rain will occur across portions of central and southern Georgia, central and coastal South Carolina, and eastern North Carolina through Monday morning as the weather system tracks north and east. "Considerable flash, urban and small stream flooding impacts, as well as new and renewed minor to isolated moderate river flooding are possible across these areas," the hurricane center warned. Claudette is forecast to re-strengthen into a tropical storm Sunday night as the storm moves over North Carolina. Additional strengthening could occur over the western Atlantic Ocean early on Tuesday.

This hurricane season is predicted to be incredibly active, stay safe and monitor the storms with us at weatherTAP.com! Start your free trial risk free today with no credit card information required at sign-up.