Contrasting Temperatures Brew Between the East and the West This Week 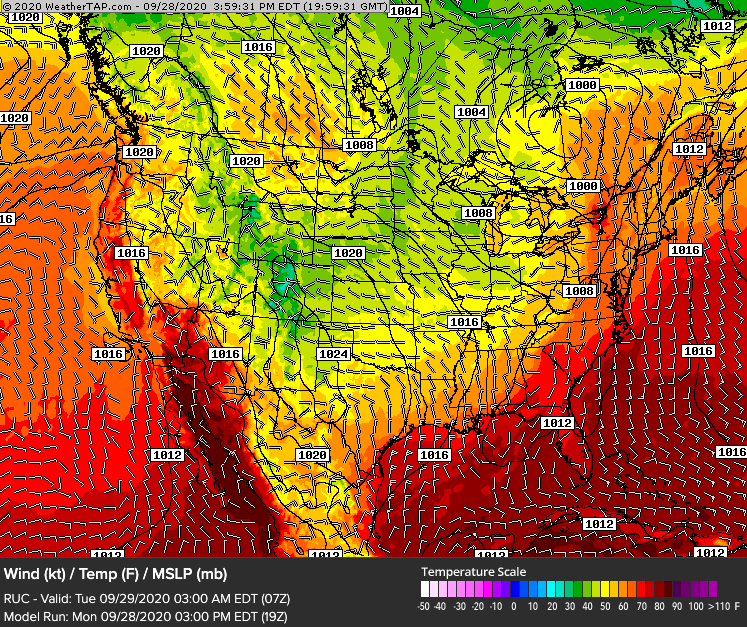 Temperatures will contrast between the East and the West this week due to a dip in the jet stream. The west will see warmer-than-average temperatures all week with nearly 30 record highs possible, while in the east, the arrival of cool autumn air will drop temperatures throughout the coast and many major cities.

The jet stream is taking a more extreme shape this week allowing the heat to remain West while at the same time allowing intrusions of cooler air in the East. The dip is expected to drop temperatures 10 to 15 degrees below average for the East.  The cool down in the East will follow possible rain, showers and a few thunderstorms. Locally heavy rain could lead to flooding in the waterlogged mid-Atlantic states Tuesday into Wednesday. In Chicago, the beginning of the week brings a high of 78 whereas, the end of the week is supposed to end with highs forecast to top out at approximately only 55 degrees. In Florida, the temperatures and humidity levels are expected to drop as well. The Tampa metro area is expected to drop from around 90 at the start of the week down to the upper 70s for Wednesday and Thursday.

Meanwhile out in the West, the heat will continue to build. Nearly 30 record highs could be tied or broken this week. The persistent heat with high temperatures 10 to 15 degrees above average will last all week. Medford, Oregon, could break its record highs Monday and Tuesday. The high temperatures will be coupled with dry air, no rain, and strong offshore winds, which will create critical fire conditions. 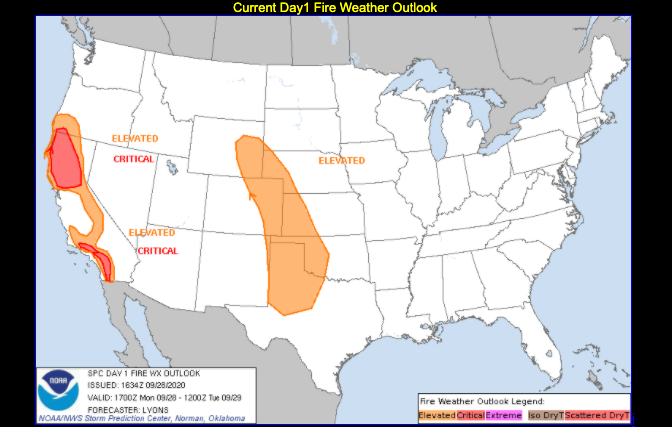 This pattern of warmth in the West and cooler weather in the East is forecast to last through the first weekend of October and possibly into the following week.

Monitor the weather with us at weatherTAP.com. We offer a free trial with no credit card information required on sign-up!

We are closely monitoring Tropical Storm Fred as it approaches landfall along the Florida Peninsula on Monday as well as Tropical Depression Grace currently located just Southwest of Puerto Rico.

Echo tops is a radar product offered by weatherTAP that gives you some valuable information on a storm's vertical development. Here's how they work!

Within the last 24 hours, Hurricane Ida’s remnants caused flash flooding that destroyed around 20 homes and washed several trailers away in western Virginia. More severe weather is predicted today, with heavy rains stretching into New England and tornadoes likely in parts of the Appalachians.