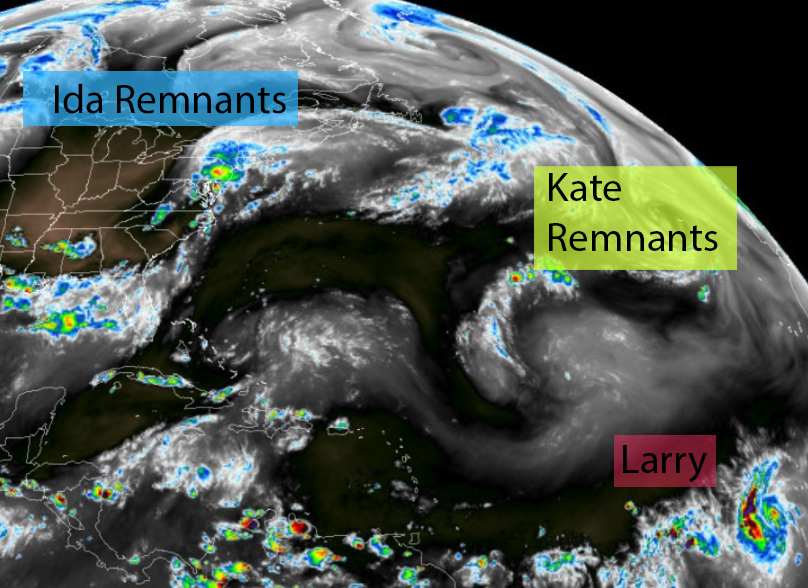 Within the last 24 hours, Hurricane Ida’s remnants caused flash flooding that destroyed around 20 homes and washed several trailers away in western Virginia. According to the Buchanan County sheriff’s office, 50 people were rescued and hundreds were evacuated from their homes in Virginia’s mountainous western corner. News outlets have reported that one person remains unaccounted for in the small community of Hurley. Hurley was built in a narrow draw between two mountains where Lester Fork flows into Knox Creek, and has been badly damaged by floods before. The Virginia National Guard has been helping with the flood response, with 10 soldiers with tactical trucks staging at the state Department of Emergency Management command post in Hurley and helping people get to safety, the guard said in a news release. Another 30 soldiers were expected to be ready to respond this morning with trucks capable of transporting people in high water and chain-saw teams for clearing debris. More severe weather is predicted tonight, with heavy rains stretching into New England and tornadoes likely in parts of the Appalachians.

The remnants of hurricane Ida continues to dump rain from the central Appalachians into New England, with up to 8 inches possible in spots from Pennsylvania to Massachusetts. The forecast also warned of significant and life-threatening flash flooding, especially in cities and areas of steep terrain, and major river flooding was predicted from northern West Virginia through New Jersey, particularly in the Monongahela, Potomac, Susquehanna, Delaware, and lower Hudson river basins. 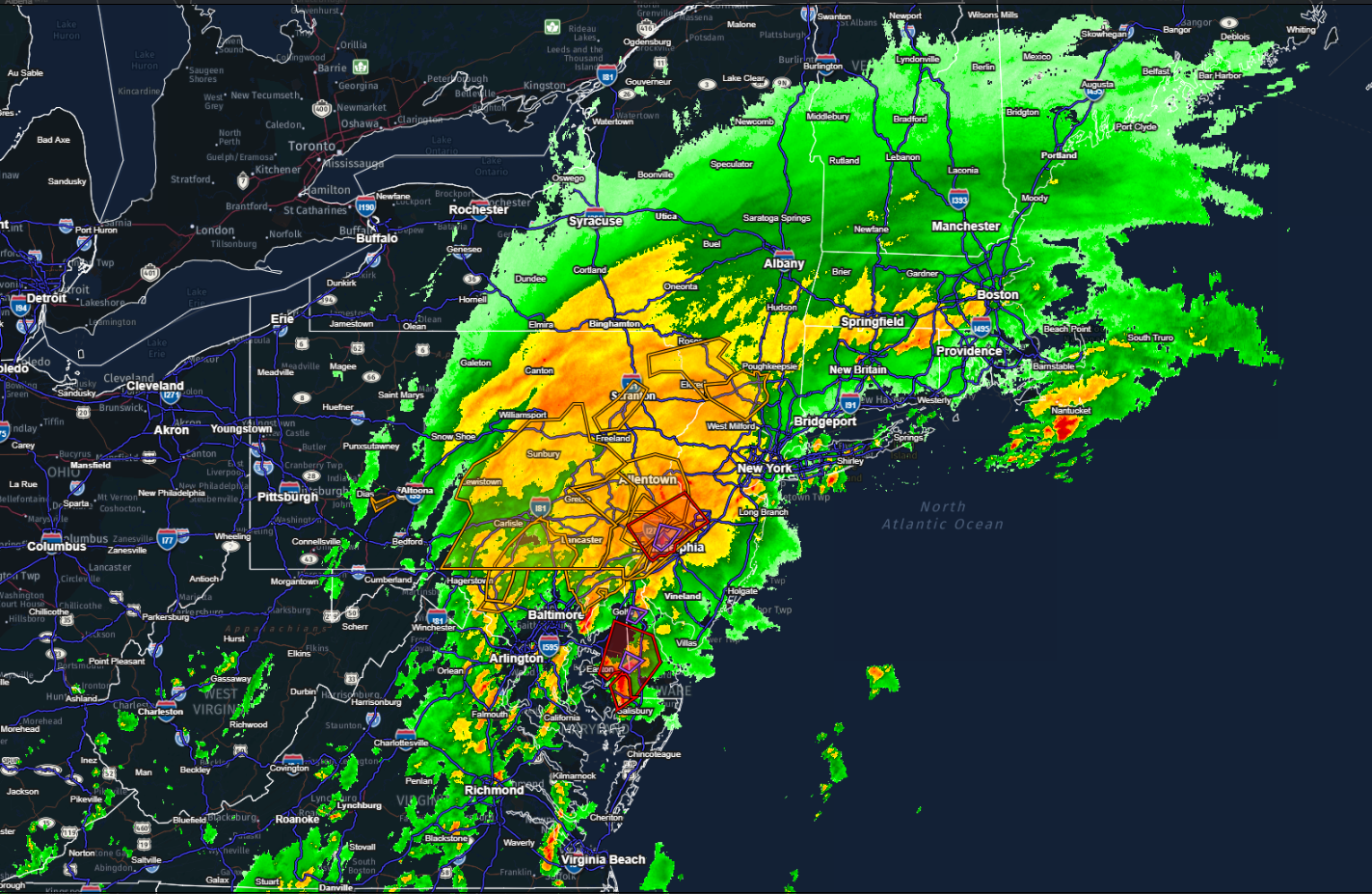 Ida remains a tropical depression, and the National Hurricane Center said its top sustained winds of 30 miles were forecast to strengthen through tonight. “Tornadoes are probable” across parts of the mid-Atlantic states during the afternoon and evening hours,” forecasters warned, issuing a tornado watch along the Appalachians through western Virginia and northern North Carolina.

According to the National Hurricane Center, “Tenacious Compact Kate” was “still holding on” in the central Atlantic earlier today however, the storm has since fizzled out this afternoon with only the remnants remaining. As what's left of Hurricane Ida treks northward, Tropical Storm Larry has formed south of the Cape Verde Islands. Forecasters predicted it would rapidly intensify in a manner similar to Ida, becoming a major hurricane with top wind speeds of 120 mph (193 kph) by Saturday as it blows westward. 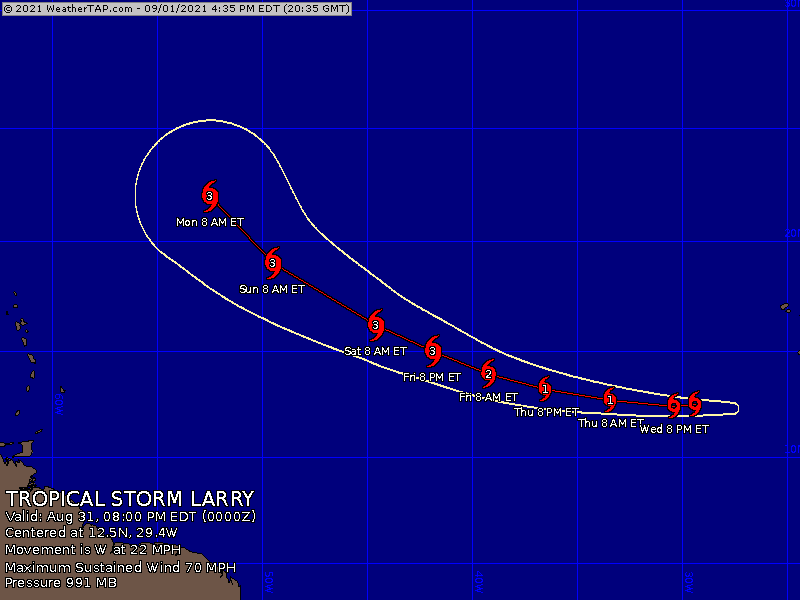 The 2021 hurricane season continues to be extremely active. Monitor the storms with us at weathertap.com. Start your free trial today with no risk and no credit card information required at sign-up.

We are still in the middle of severe weather season but hurricane season will be here before you know it. Colorado State University researchers have released the numbers and the 2022 season looks to be above normal.

We are closely monitoring Tropical Storm Fred as it approaches landfall along the Florida Peninsula on Monday as well as Tropical Depression Grace currently located just Southwest of Puerto Rico.

Now an open beta, our new customizable weather dashboard is available to everyone!