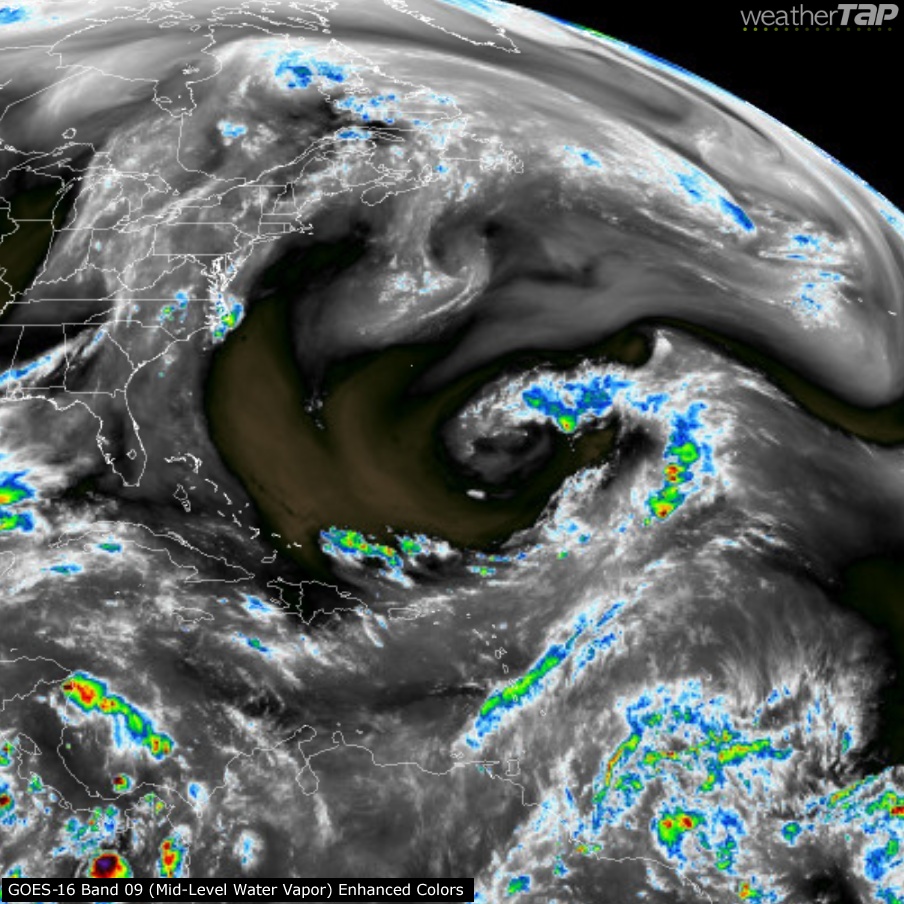 A Tropical disturbance could become the third named storm before the start of hurricane season.

A disturbance in the central Atlantic is currently being monitored by the National Hurricane Center for possible development. The storm could potentially become the third named tropical system of the year. The disturbance follows Arthur and Bertha, two tropical storms that formed before the official start of hurricane season that officially begins on June 1st. If the storm becomes stronger, the resulting cyclone is most likely to be subtropical.
CNN reports that the National Hurricane Center is giving the complex of thunderstorms a 50% chance of becoming a subtropical depression over the next 48 hours. The system is located several hundred miles east-southeast of Bermuda and is expected to move North over the next few days. The storm will be prevented from getting closer to the United States by a cold front that will move off the East Coast. To be given a name the system must have sustained winds of 39 mph or higher. Should the storm grow stronger, it will receive the name Cristobal. Through the month of May, we have already had Arthur, which formed May 16, and Bertha, which formed off the East Coast earlier this week.
Since 1900 having two named storms before the official start of hurricane season has only happened five times, according to Phil Klotzbach, a research scientist in the Department of Atmospheric Science at Colorado State University. Three of those years have been since 2012, including this year. However, Only one hurricane season has had three tropical or subtropical cyclones before June 1st. In 1851 a tropical storm formed in January, followed by Hurricane Able and a tropical depression in May.
It is unlikely that Bermuda will be affected by this system directly. If the storm continues to grow, the islands should not be met with any intense winds or rainfall from the disturbance directly. However, the cold front that will sweep it out to sea will bring showers and strong winds. Should the storm continue to develop, it does not pose a direct threat to the East Coast of the United States at this time.
The NOAA and the HNC is forecasting this hurricane season to be above average. Be sure to subscribe to weathertap.com to stay safe and monitor the storms. Start your free trial today! No credit card information required at signup.