﻿A dangerous derecho, or straightforward strong winded storm, is making its way towards the greater Chicago area this afternoon with widespread damaging winds and likely power outages. Power outages have already been reported in Nebraska, Iowa and northern Illinois due to the storm. 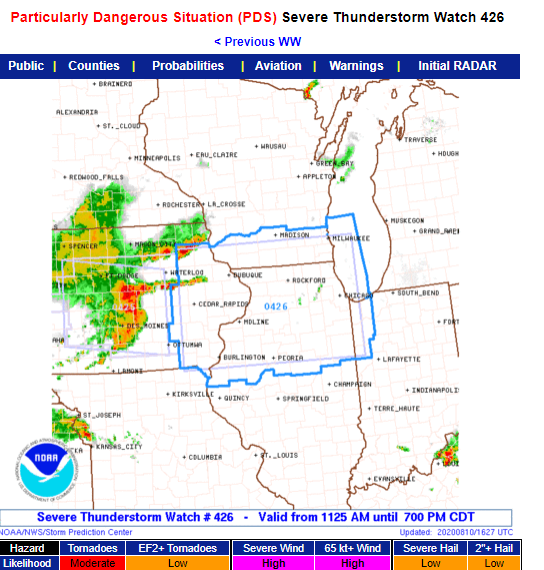 The National Weather Service Storm Prediction Center issued a warning to the public stating that this is a “particularly dangerous situation" with severe thunderstorm watches for eastern Iowa, northern Illinois, extreme northwest Indiana, and southern Wisconsin. The affected areas are predicted to receive scattered significant gusts up to 100 mph. 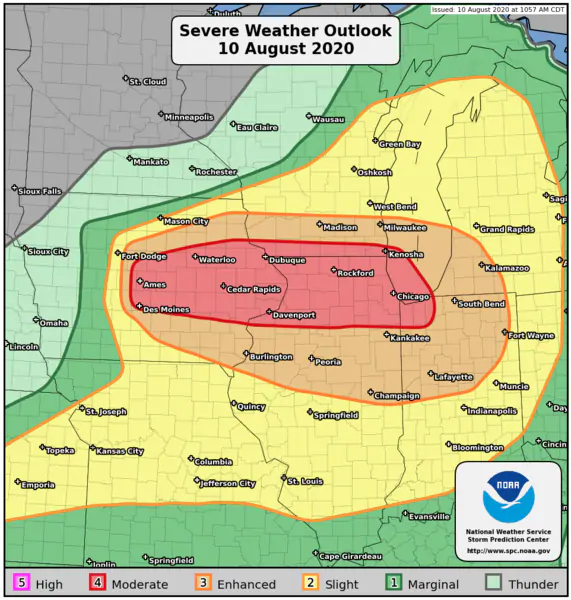 The National Weather Service Storm Prediction Center has issued a level 4 out of 5 “moderate risk” of severe weather in advance of the approaching derecho. (NOAA/SPC)

As of 3 p.m. local time, Doppler radar indicated that the most intense winds in the Derecho stretch from Rockford, Ill to Ottawa with core wind speeds exceeding 80 mph. The storm is expected to arrive in Chicago between 3:30 and 4:30 p.m local time. As the storm continues, destructive winds are predicted to stay around 70-100+ mph with tornados possibly forming as the storm makes its way eastward across northern Illinois. The NWS office in Chicago has advised residents to consider changing travel plans to avoid the time when storms are expected as well as to secure loose objects or bring them inside. Residents are also urged to treat warnings “like a tornado warning,” stating: “This is an extremely dangerous line of storms... Head for safe shelter indoors well away from windows (interior windowless room or basement if you have one.)" The strongest winds may come before any signs of rain, lightning, or thunder, making it imperative that residents heed all warnings. The NWS has also warned the media and emergency managers that some areas will see winds gust greater than 58 mph for more than 15 minutes. This could increase the odds of structural damage, and power outages. Residents of mobile homes should seek a structure with a solid foundation during the afternoon as storms make their way towards the greater Chicago area. 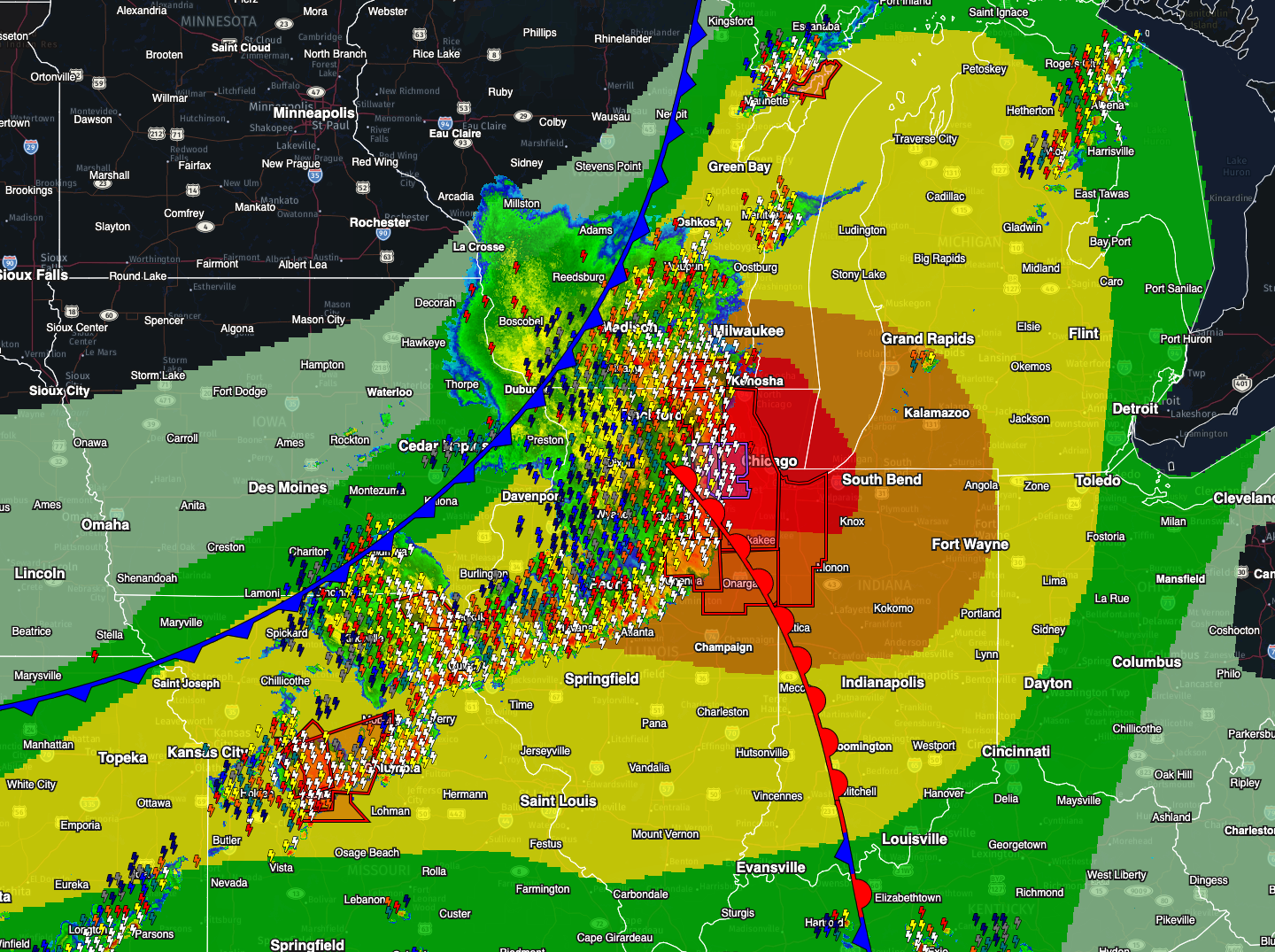 On radar, a narrow arc of thunderstorms could be seen ahead of the main derecho as it approached Cedar Rapids, Iowa. That is a sign of extra warm air moving north in advance of the storms which could allow the derecho to further intensify. Satellite imagery of the derecho shows healthy storm exhaust at the upper levels which is a common feature on satellite imagery associated with strong hurricanes. The same upper air pattern powering the derecho caused severe thunderstorms across the Northern Plains over the weekend. The Black Hills of South Dakota experienced thunderstorms with golf ball sized hail on Saturday with the storms reaching Minapolis on Sunday.

Monitor the storms with us at weatherTAP.com! No credit card information required at sign-up.

As winter weather is just getting started in some parts of the country, the weather in others is set to serve up severe thunderstorms capable of producing several tornadoes.

Tornado Checklist and Prep: What you need to know before, during and after a tornado

Tornadoes are one of nature’s most violent storms. For many, it's Tornado season. Feeling overwhelmed and unprepared? Luckily, we have put together this guide to help you best prepare for what to do when tornadoes are in your area.