weatherTAP > Blog > The next Winter Storm Will Stretch over 2,000 Miles and Effect More than 100 Million People from Texas to Maine 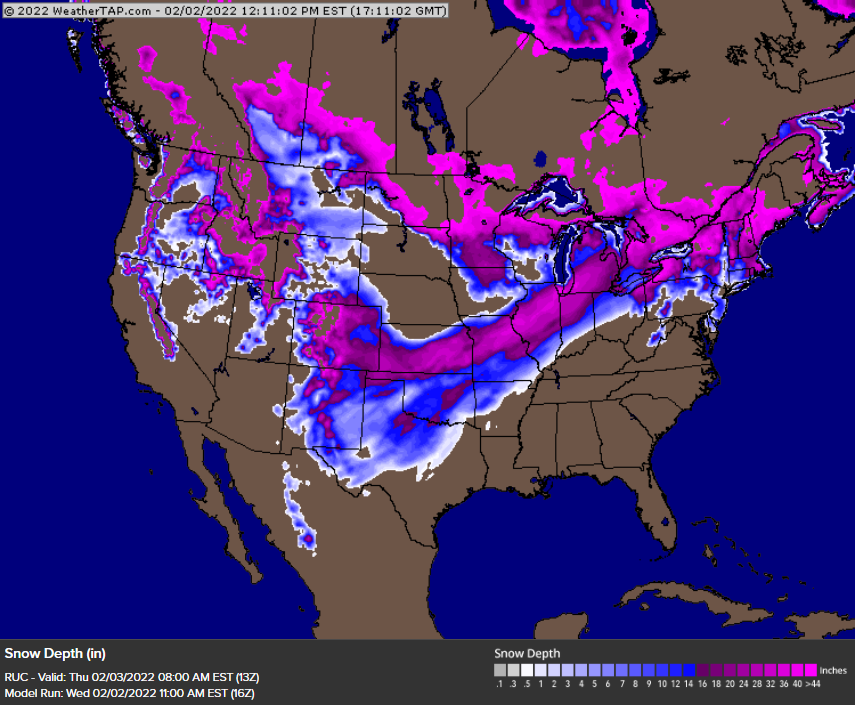 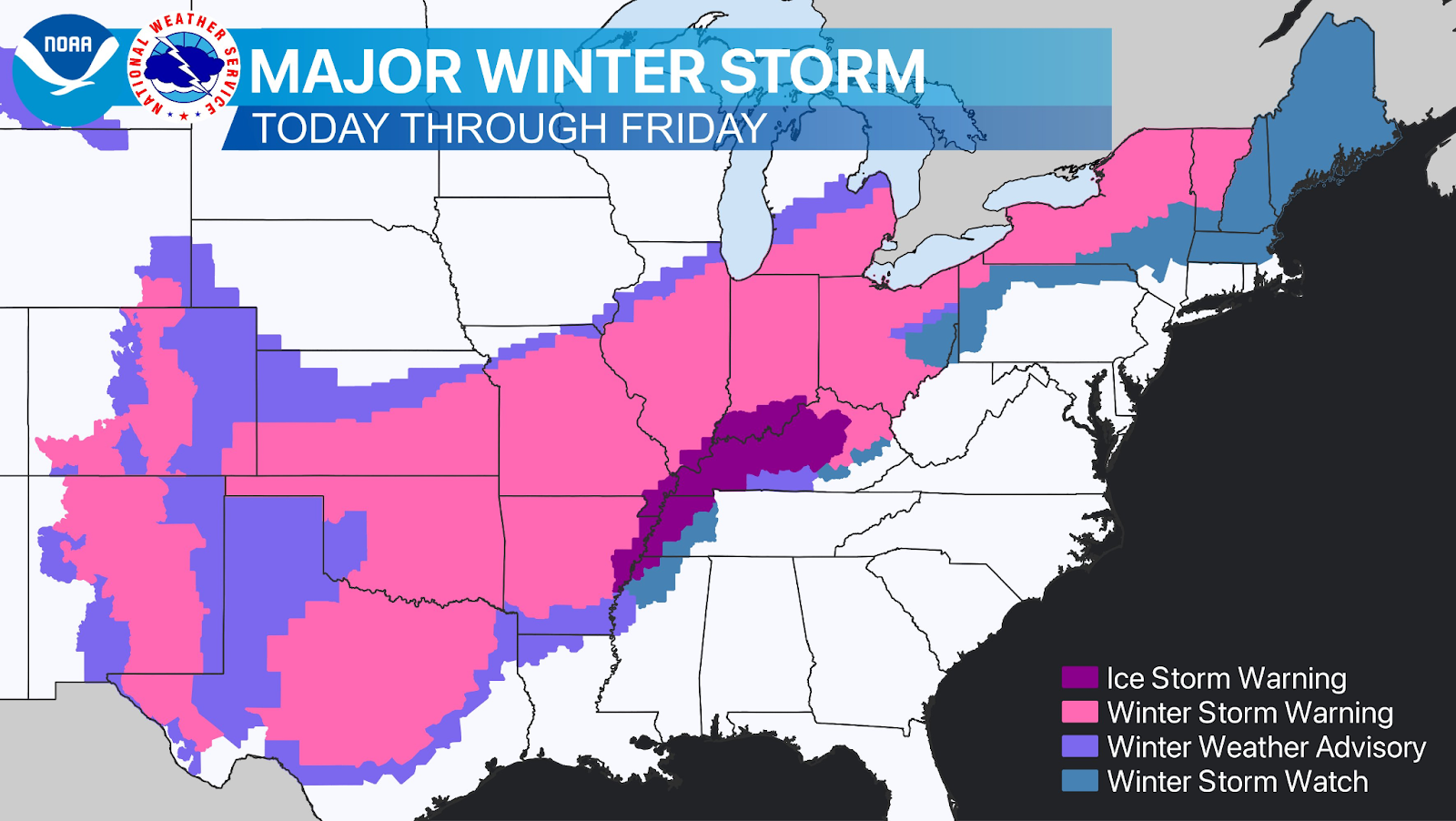 Ice accumulation is expected across the South, including in Texas, where last February 246 people died after a winter storm largely due to hypothermia. The snow and ice storm led to widespread power outages and left thousands freezing for weeks.. The effects of the hard freeze this year could linger across several states into the weekend.

Texas Gov. Greg Abbott reassured residents the state is better prepared to handle the ice storm now than it was last year. The power grid -- Electric Reliability Council of Texas, or ERCOT -- is in a better position to handle the potential impact of the storm, Abbott said Tuesday.

"Right now, the prognostication is that ERCOT will have an access of 15,000 megawatts of power available even at times of highest demand," the governor said. "So ERCOT is well-prepared for conditions as they currently stand but remains flexible in order to be able to be responsive to power demand needs." Still, power may go out because of problems unrelated to the grid's capability, including falling trees or icy power lines, the governor warned.

This week's storm is not expected to be as cold as last year's deadly storm, but there will be other challenges, the National Weather Service office in Fort Worth said. "We do expect more ice which means more treacherous road conditions," the office tweeted. "Icing may cause localized power outages."

The total snowfall the National Weather Service predicts will fall in the contiguous United States. "I do think that ice will end up being a bigger threat due to the more lasting impacts of ice on power lines and tree limbs," CNN meteorologist Robert Shackelford said.

"Ice accumulations are usually very small -- we are talking about fractions of inches. Yet these accumulations can bring widespread power outages and impossible travel conditions." "A corridor of heavy ice accumulation (exceeding a quarter of an inch) is likely from Texas through the Ohio Valley," the Weather Prediction Center said early Wednesday. "Locations impacted by snow and/or ice are expected to have temperatures remain below freezing, and well below average for at least a couple of days after the wintry precipitation ends." 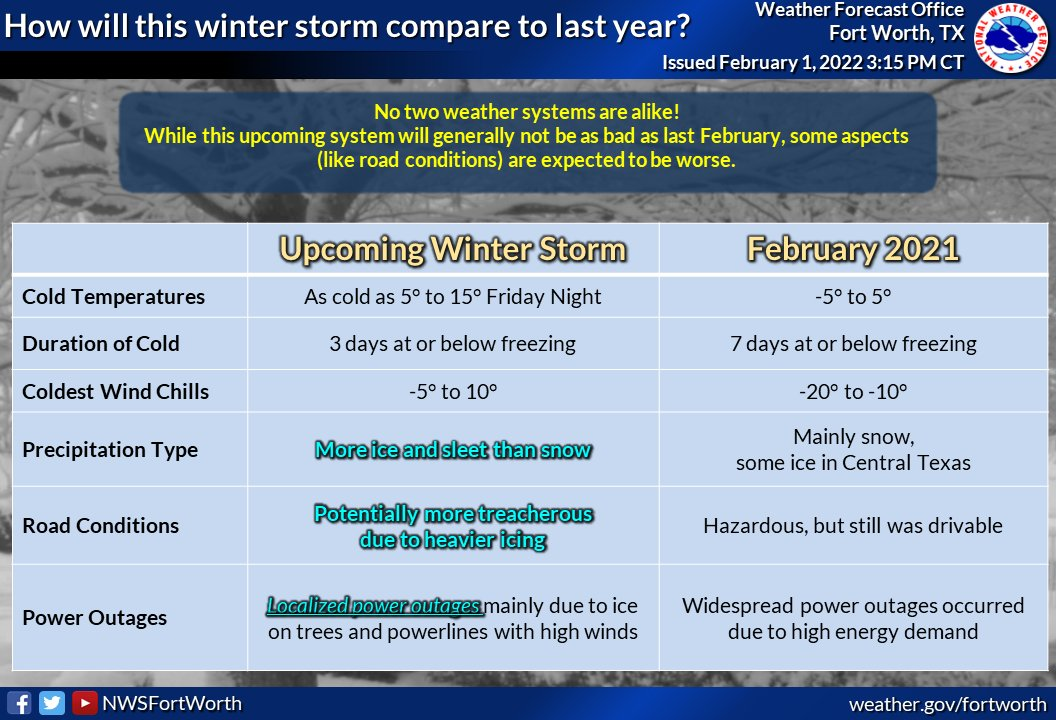 After the storm glides through the south and eastward, conditions are expected to turn more icy than snowy, with the threat of significant ice accumulation for millions. 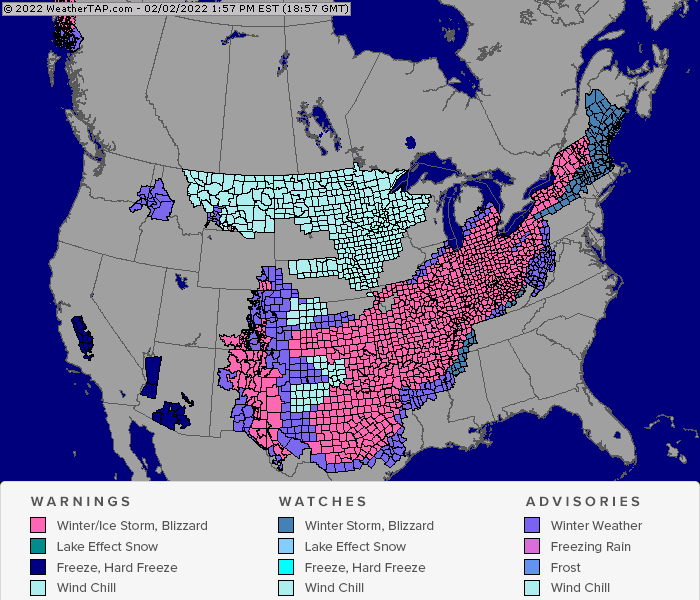 Forecasts show the effects of the storm could continue to linger into the weekend, especially in the South and Mid-South. In Arkansas, Gov. Asa Hutchinson has deployed some 88 members of his state's National Guard. He also signed an executive order that will allocate $250,000 for recovery efforts. In Illinois, Gov. JB Pritzker also activated the National Guard and issued a disaster declaration. The state Department of Transportation will also deploy more than 1,800 trucks and equipment to plow, treat roads and respond to weather emergencies, it said.

The governors of Missouri and Oklahoma declared states of emergency until Thursday due to the storm. Oklahoma City could see up to 8 inches of snow as well as ice accumulations in the quarter-inch range, with some places seeing up to half an inch of ice, the National Weather Service said. In St. Louis, heavy mixed precipitation is possible, with ice accumulations up to two-tenths of an inch.

"The winter storm is expected to include a mix of freezing rain, sleet, snow, strong wind gusts and low temperatures across the state beginning Wednesday, which may result in power outages," Oklahoma Gov. Kevin Stitt said in a news release. Missouri Gov. Mike Parson activated the National Guard, saying it will be ready to help the state's highway patrol with stranded drivers.

The potentially dangerous conditions have led the Dallas Independent School District to close Thursday and Friday, and schools are not expected to make up those days, officials said Tuesday. In Kansas City, Missouri, the school district also moved to shut its doors Wednesday due to the storm's potential impact. "Students are not expected to log into virtual learning," the district posted on Facebook. "Enjoy your old-fashioned snow day, and be safe!"

Stay ahead of the storms with us at weatherTAP.com! Start your 14 day free trial today, risk free with no credit card information at sign-up.