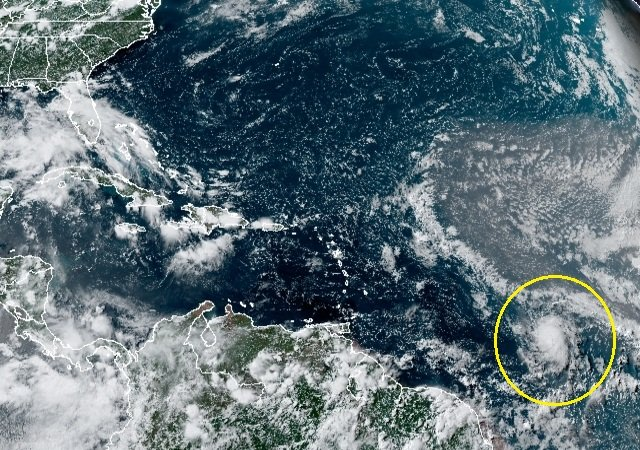 ﻿Tropical Storm Gonzalo has formed in the Atlantic Ocean between Africa and the Lesser Antilles potentially developing into a Hurricane within the next 24 hours. Should Gonzalo continue to grow, it will be the seventh named storm of the season.

Gonzalo, has formed as a tropical storm in the Atlantic Ocean between Africa and the Lesser Antilles and may impact parts of the Windward Islands this weekend. Gonzalo is currently around 1,000 miles east of the southern Windward islands with the storm moving westward at approximately 14 miles per hour. The storm is projected to reach the islands this week as the storm possibly develops into a hurricane. 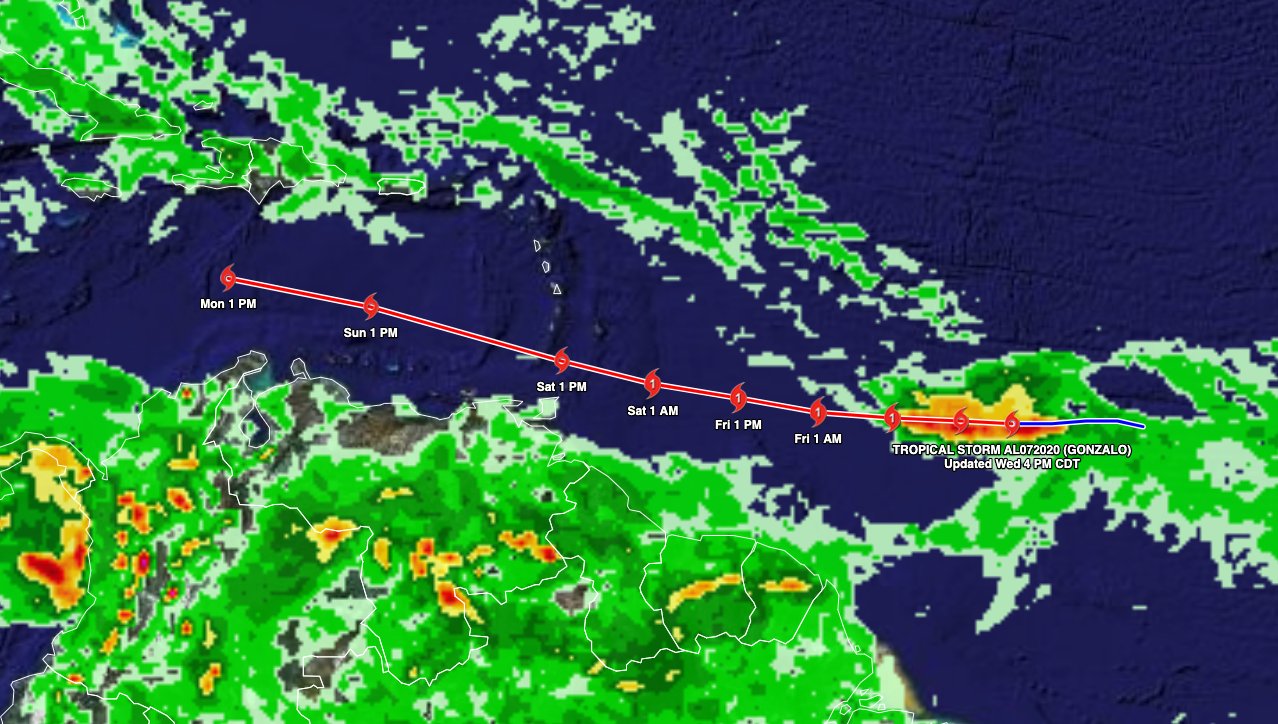 Gonzalo has broken records this week as it is the earliest that a storm has been given a name beginning with the letter "G" since the United States named-storm system began in 1953. On average, the seventh named storm in a season is on September 16. The previous record holder for the earliest seventh named storm formation in the Atlantic was Gert on July 24 during the most active hurricane season on record in 2005.

Optimal conditions for growth is expected to strengthen Gonzalo to a hurricane as the lack of wind shear and heat will help aid in Gonzalo’s development into a hurricane as the storm moves westward towards the southern Windward islands this weekend. However, forecasters are expecting the storm to weaken just before moving over the Windward Islands. There is a possibility that the storm may intensify into next week or the storm may disperse after it moves over the islands, as many models are indicating due to an abundance of dry air to the north and west of Gonzalo. Such conditions typically leads to storms weakening and can further disrupt the development of tropical systems. Because this storm is relatively small, the storm could quickly weaken or intensify under the right conditions. Rates at which this storm could develop or dissipate is much greater than if it was a larger storm. 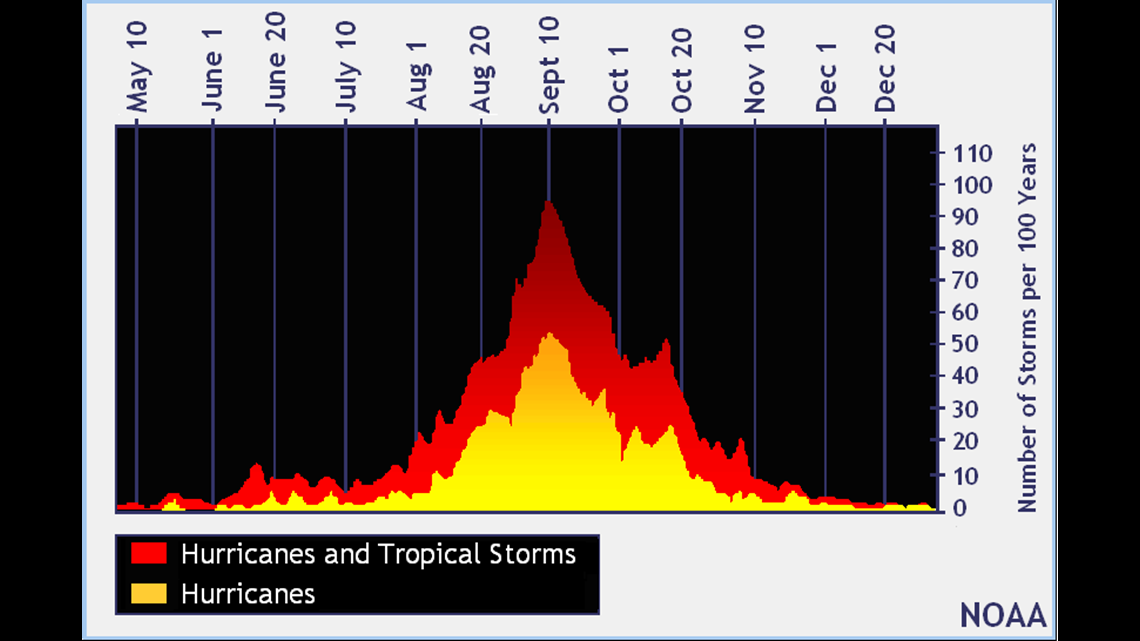 NOAA is expecting the season to pick up as we reach the peak of hurricane season towards the fall with a 60% chance for an above-normal season.

We will be monitoring the storms as it approaches the Caribbean for development as the situation remains a bit unpredictable for the time being. Monitor the storms with us at weatherTAP.com, Facebook or Twitter!